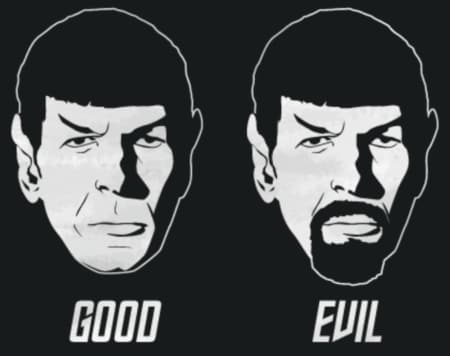 This is the third in a series of blog posts that focus on wireless security and technology.

Most of the devices we use every day, like smartphones, laptops, and tablets, use wireless LAN as their default mode of connectivity. WLAN also provides connectivity for the next generation of internet of things (IoT) devices, such as security cameras, smart home hubs, and connected speakers. This means that sensitive data others might want to access is being transmitted over the air.

This post will detail how an organization might be targeted and what they can do to combat these types of threats.

What is an Evil Twin?

In its simplest terms, an “evil twin” is a rogue access point masquerading as an access point that’s part of your corporate infrastructure. This is also sometimes referred to as a “honeypot.” There are a number of ways a device can act as an evil twin: 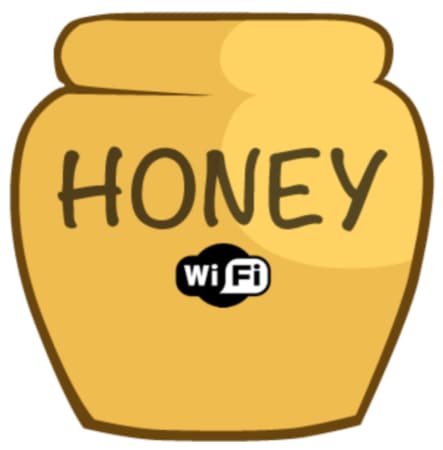 Should you be worried?

Well, yes!  These modes of operation are, for the most part, malicious in nature and incredibly disruptive to business. There are multiple wireless hacking/cracking tools that operate in the modes described above. They exist typically for the sole purpose of capturing/exfiltrating data either in clear text or encrypted format (to be worked on at a later time).

Next, I’ll walk you through the operation of such a tool, specifically the “WiFi Pineapple” from the HakShop, a California-based company offering penetration testing tools and techniques. 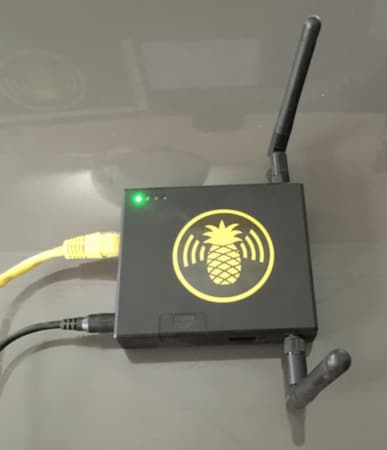 This is my WiFi Pineapple, there are many like it, but this one is mine.

A WiFi Pineapple is a common, easy to use tool wielded by wireless penetration testers. It leverages open-source software packages and runs using a custom version of the open-source Linux operating system, just like Cisco Meraki. However, a WiFi Pineapple puts them together in an intuitive package and includes a graphic user interface so they are easy to configure, kind of like the Meraki Dashboard does for wireless networks, meaning you don’t have to be a security expert to use it.

In order to make the WiFi Pineapple act as a Honeypot all you need to do is follow these steps:

1. Connect the pineapple to a network – presuming you want to be able to offer data services to the clients you trick into connecting to your pineapple, you first have to give them a way of accessing those data services. With the pineapple you have three options:

A) Wireless Network – as the pineapple in the image below has two wireless radios, I can actually connect it to a wireless network, like a public one at a coffee shop. 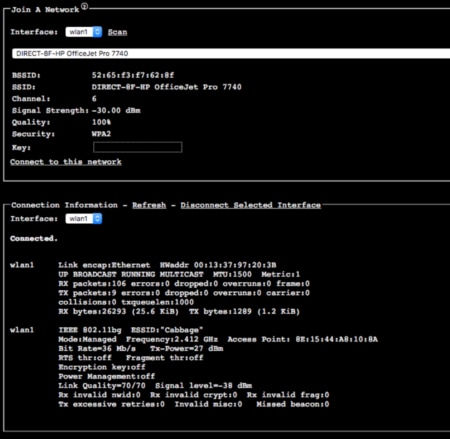 B) Wired Network – the pineapple has a wired Ethernet connector, meaning this could be plugged directly into your switch or another switch infrastructure. 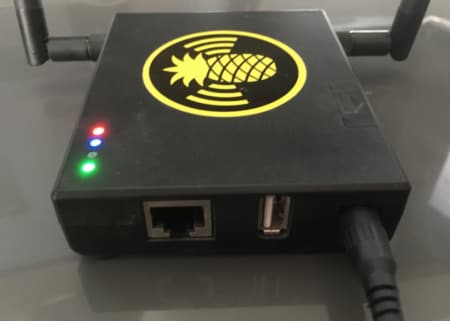 C) Cellular Network – the pineapple has a USB port that can be used for cellular 3G/4G USB modems, similar to a Meraki security appliance. The pineapple can then “bridge” these wireless connections from unsuspecting clients to that SSID. This is very important, as your wireless device (e.g. your smartphone) can connect to what it thinks are known wireless networks while it’s still in your pocket. The device could then access the apps you have enabled on your device, like email and social networks, all without your knowledge.

2. Configure beacon frame behavior – the pineapple can be configured to look for and respond to all beacon frames, which can be thousands and thousands, or it can just respond to specific SSID beacon frames if the attack is more targeted. 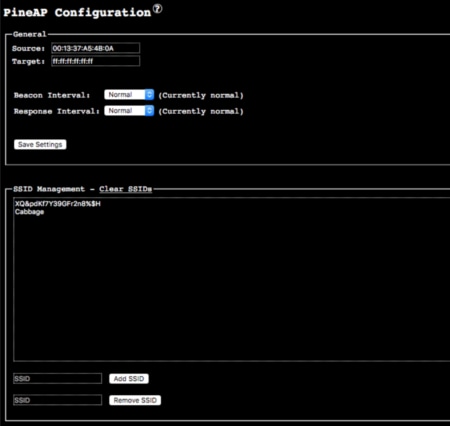 3. Decide what you want to do with the data you receive – finally, the pineapple can be configured to bridge this data with duplication if you are passively testing a network, or it can be configured to divert the encrypted flow of data off to a file or network location, using the tcpdump architecture that is present in all Meraki network devices: 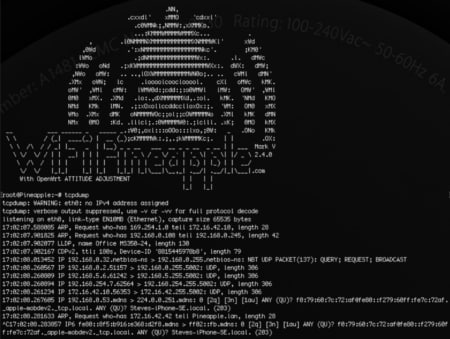 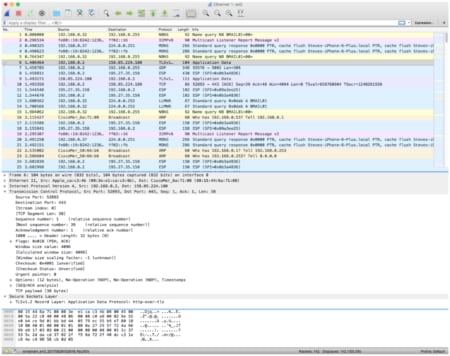 What should you do?

Sounds bad, doesn’t it? The above details the trusting nature of network devices and the 802.11 protocol in general. But it’s not all doom and gloom: Meraki’s Air Marshal WIPS service that we’ve discussed here tells you when you see things like this happening in or near your corporate environment.

If Air Marshal did block the SSIDs being advertised by these types of devices, then we could also potentially block legitimate corporate access points that are under someone else’s administrative control. Air Marshal shows you which access points in your infrastructure are being spoofed:

The best solution from here is to go mobile and use a WiFi scanning application on either a laptop or Android smartphone/tablet, to ascertain where the offending device is.

This will likely take multiple passes before you can authoritatively say what the source of this threat is. Once you have identified the threat, you can then choose the appropriate course of action to take. For most organizations, that means “eliminating” the threat. So, if it’s an unattended device disconnected from its network and power, or if it’s a person in or near the building, either escort them from the premises or contact the authorities.

The bad news is that there’s no silver bullet that fixes this problem. So, the tried and trusted advice is to be vigilant and leverage the techniques and tools we have highlighted in this post. The Meraki dashboard also allows you to configure alerts, so if your email starts to look like this… 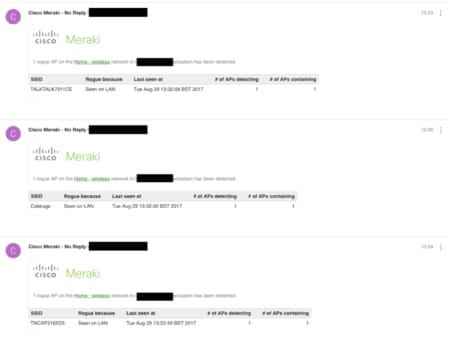 …then either you are undergoing a wireless penetration test or you need to do some investigating!