Highlights
Technology company in Southeast Asia using Meraki to manage their network
Operating in more than 35 cities, centrally managed using Meraki dashboard
Lean IT able to deploy the network at new offices in one day 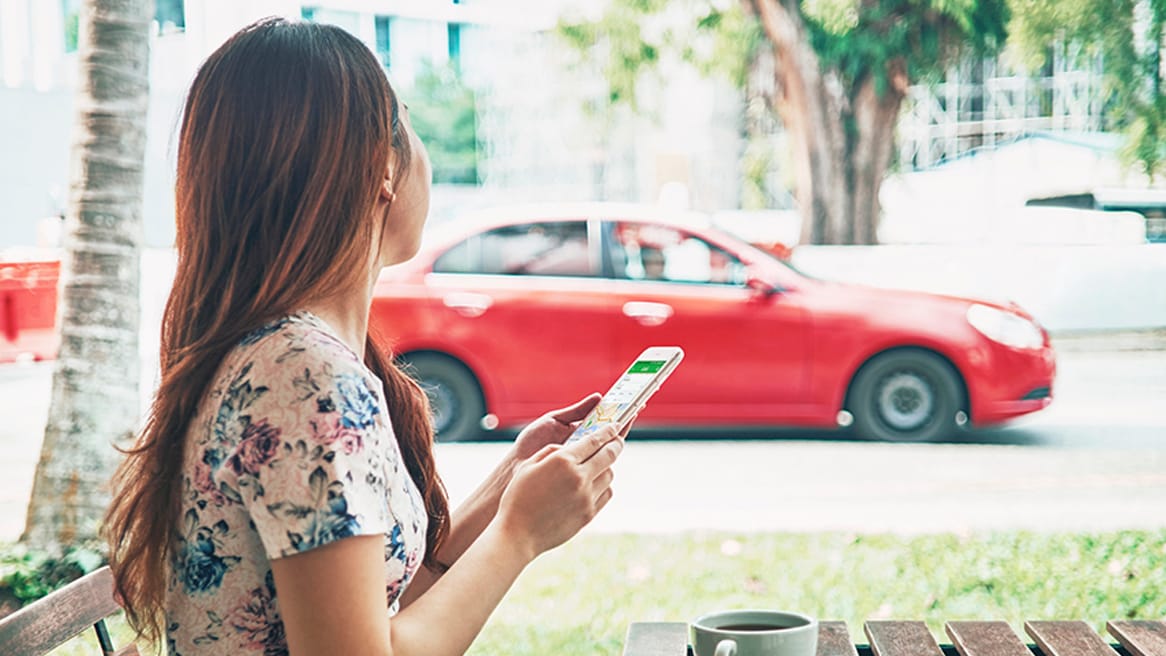 A startup homegrown out of Southeast Asia, Grab (formerly GrabTaxi) is a leading technology company that provides transportation and ride-hailing solutions to enable mobility across Southeast Asia. Established in 2012, Grab offers a wide portfolio of transportation solutions, ranging from a network of taxis (GrabTaxi) to a private car solution (GrabCar) to a two-wheeled solution to beat the traffic (GrabBike).

Now spread across 40 cities in 7 countries across Southeast Asia (as of April 2017), Grab is expanding rapidly around the region, to enable users and drivers with its mobile application to provide a seamless experience for moving people from one place to another. Regional IT Networks Manager Kevin Lam is responsible for building and managing the Grab corporate network for thousands of users who work at and visit Grab offices across Asia everyday.

The decision to try Meraki

Lam joined Grab as the first and only Network Manager and was tasked by his management team to lead the project to upgrade the Grab network. During its early days as a start-up, Grab had consumer-grade equipment across its network. With Grab continuing its rapid growth, Lam knew that he needed to look at enterprise-grade networking solutions since the consumer-grade network “had been causing connectivity problems, causing failure points, and most importantly, was not scalable.”

Lam heard about Meraki during its early days, back when the Meraki founders started the company out of MIT in 2006. Back in 2006, he admitted that he “laughed” at Meraki as he thought it was a fanciful cloud-based solution — every other solution in the market was a traditional controller-based AP. Fast forward 10 years, he confirms that he doesn’t laugh at the solution anymore. Lam understands the power of the cloud and is now a Meraki convert. “I have now realised that cloud managed IT is the way of the future, and now I cannot imagine Grab without it,” Lam commented.

Shortly after joining Grab, Lam decided to evaluate the Meraki MR32 access points and MX100 security appliance through the Meraki Trial Program, alongside two other networking vendors, for their Malaysia office deployment. Lam had experience with the other vendors’ firewall from his previous roles, and knew all about the traditional solution. You would login using CLI, create interfaces by hand, and set up all the policies manually, which in total takes a few hours. Lam trialled the MX100 side-by-side with the other solution and “never having used Meraki before, the MX100 was up and running in 10 minutes,” he said. “That speed was never achievable with the other vendor’s firewall, even with a skilled certified network operator behind the wheel.”

With the Meraki dashboard, he was able to log in, configure, and manage the MR32 wireless solution and the MX100 security appliance without the need of CLI. Convinced that this was the way of the future, Lam decided to go ahead with the Meraki solution for their Malaysia office.

For their first Meraki deployment, Lam ordered 12 MR32s and 2 MX100s for the Malaysia office. Lam remembers this network refresh: he decided to deploy the Meraki wireless and security solution together with on-premise, non-Meraki switches. After experiencing the ability to manage his wireless and security for the Kuala Lumpur office using the single-pane-of-glass Meraki dashboard from his office in Singapore, Lam was encouraged to try out the cloud managed Meraki MS220 switches.

Lam was initially unconvinced, as he thought the MS220 was the same as any Layer 2 switch in the market. But once he understood there was a full integration with the Meraki MS switches and the Meraki dashboard, this was “the decider and I was sold on the Meraki MS switches.” Thanks to the ability of the Meraki switches to clone switch configurations and to duplicate port configurations, Lam has replaced all his non-Meraki switches at Grab and now has 98 MS-series switches, in addition to a few hundred MR wireless access points and MX security appliances all over the entire Grab network across 6 countries.

Meraki works very similar to Grab’s former tagline, ‘I like it fast’, because my team is able to deploy Meraki at lightning speedKevin Lam, Regional IT Networks Manager

Lam was attracted to the cloud controller because it eliminated the need to build a network management system, which saved Grab months of time and hundreds of thousands of dollars. “The cloud just makes the network so much easier to manage,” he added. He sees that both Grab and Meraki are “children of the cloud,” Grab being a ride-hailing service that relies on cloud-based technology, and Meraki a service that is powered by the cloud. Both harness the power of the cloud to enable centralised control at scale and speed.

Lam has general level-1 IT technicians across the different Grab regional offices (around 2-3 in each office), but he is currently only network specialist at the company. Being the only Network Manager at Grab, having a Meraki cloud-based network goes a long way in helping Lam, a one-man networking operation, manage 35 sites. With the simplicity of deploying Meraki and pushing configurations through the cloud, all that Lam needs from his level-1 IT technicians is to get the Meraki devices online, plug the devices into the correct ports (per his written instructions), set the static IPs, and then it is all good to go. “This is an example of great automation since we can plan and manage the whole pre-deployment process from our HQ in Singapore. Lean IT, is what people call it.” Lam mentioned.

The speed to deployment was crucial for Lam and Grab. In his previous role at a multinational company using non-Meraki devices, it took him more than 6 months to set up the network of a new site. With the cloud-based solution, Lam has experienced how easy and quick it is to deploy his network. For new site deployments, Grab typically racks a couple MX100s, a few MS220s, and a dozen MR42 or MR52s, depending on the density of the sites. With Meraki, the Grab IT team was able to rack all of the hardware in one day and got the network up and running within 24 hours.

Reflecting on the speed of deploying with Meraki, Lam mentioned that “even pre-scripted,  cut-and-paste CLI on legacy systems cannot beat the speed of deployment of Meraki using its dashboard.” For him, to be able to reduce the deployment time for a whole network from 6 months to one day with Meraki is a game-changer. “Meraki works very similar to Grab’s former tagline, ‘I like it fast’, because my team is able to deploy Meraki at lighting speed,” Lam said. “Grab and I cannot imagine going back to the old ways of managing their IT networks —Meraki is the only way to go.”

Prior to Meraki, Grab employees said their wireless experience was “intolerable” and “nothing was working,” thanks to their consumer-grade network. After Meraki was deployed, the IT team were seen as “conquering heroes” by the Grab employees because the WiFi worked, the internet was seamless, and the networking experience was perfect.

Lam refers to the “speed and simplicity” of the Meraki deployment and IT management experience as “unbeatable”. Today, Lam utilises the analytics component of Meraki to ensure the best wireless experience for his employees. Using Layer 7 traffic shaping, he ensures that his employees have the bandwidth for business-critical applications while managing the usage of non-critical applications.

When Meraki released its MV cloud managed security cameras, Lam immediately asked his Meraki rep for a trial of the Meraki MV21. He was able to manage the MV security cameras at Grab using the same Meraki dashboard, allowing the Grab physical team to view and analyse footage from all their offices from their HQ in Singapore. The motion-search feature saves the physical security team hours of time spent reviewing footage. Now the team is able to search for any movement, in any specific area of the footage, and in any given space of time almost instantaneously. Lam added that the installation of the MV21 brings the “simplicity and beauty of the cloud to security cameras”, all without the security compromises of the other CCTV vendors.

Lam reflected on how the vision of Meraki is similar to the vision of Grab. Lam noted that “Meraki is the ‘disruptive future of networking’, similar to how Grab is disrupting the transport industry and how people move from one place to another.”