We’re all mobile now. Super fast cellular and WiFi technologies have transformed our personal and professional lives, ensuring we all have the option to be permanently connected wherever we go. As this technology permeates our lives, we make ever greater demands of it. Point the Meraki dashboard at any network and the evidence is plain to see: demanding real-time streaming applications like video, voice and music often dominate.

To support this relentless craving for data, wireless technology has had to develop rapidly. WiFi standards have advanced a long way, particularly since the advent of OFDM-MIMO with the 802.11n standard in 2009, and Meraki still sells an AP based on that standard to this day. 802.11ac has taken the technology even further, pushing wireless capacity way up past the 1Gb/s typically available through the AP’s wired connection to the network.

Who would have imagined that the wired network would end up being a bottleneck for the wireless! And yet here we are in 2016, with the latest Meraki APs capable of an aggregate PHY rate (connection speed) of 1.9Gb/s. How is this challenge to be overcome? We have a couple of paths for our customers to take.

Most AP mounting points have been fed with just one twisted pair cable, supplying 1Gb/s. Adding new cable drops is certainly a non-trivial, costly exercise. For those fortunate enough to have installed two cable drops, perhaps for redundancy or capacity, the new MR52 is able to take advantage and aggregate the capacity of two connections to eliminate the bottleneck.

In many cases, the second cable drop simply doesn’t exist, so the network admin wanting to provide the very fastest WiFi is faced with a couple of options: either go to the effort and cost of running a second cable through the fabric of their building, to each wall or ceiling mounting point, or turn to a new emerging standard which can squeeze more performance out of their existing single cable.

The 10GBASE-T standard has been in place for many years now, but demands more modern twisted pair cabling than many current installations use. Length of cabling is also a challenge, coming around half of what is achievable with 1000BASE-T. So in 2014 Cisco became one of the four founding members of the NBase-T Alliance, created to take on the challenge of supplying more than 1Gb/s over existing cabling. The majority of networks out there now run over Category 5E or better cabling, making them suitable for multigigabit connections with no additional cabling investment.

In late 2015 we introduced the MS350 product line, adding physical stacking and redundant power supplies and fans. This premium layer 3 switch line has now been extended to include a multigigabit capable switch. The MS350-24X features 8 multigigabit ports, each capable of syncing at 1, 2.5, 5, or 10Gb/s, depending on the connected device. This switch also adds Cisco’s Universal PoE, supporting up to 60W of power draw per port, so the range of potential devices is now even larger.

For customers who already have multigigabit capable switching but who need the PoE+ to operate the latest APs at full performance, we’ve also introduced a bespoke multigigabit PoE+ injector which can be placed in-line between the switch and the AP. 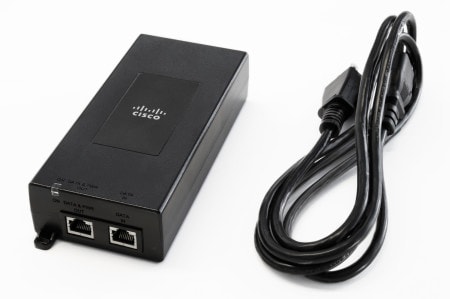 Of course, our motivation for all of this is pushing more bits to the AP to ensure it’s free to operate at full capacity. Our new flagship AP, a super-fast model with a 4×4:4 configuration, is capable of syncing with a multigigabit switch or injector at 2.5Gb/s, comfortably above the maximum theoretical capacity of the AP. 4×4:4 translates to 4 transmit and 4 receive antennas, supporting 4 spatial streams. 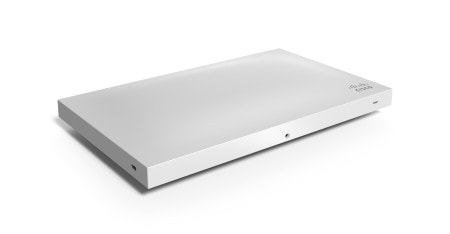 Taken together, these exciting new products provide our customers with the fastest wireless experience today’s standards can provide, with no bottlenecks or additional investment in cabling infrastructure. We’ve put together a multigigabit solution guide which will make an ideal reference for this technology.

These and all other Meraki products are available for a risk-free trial today. We’re confident they’ll quickly demonstrate how our adoption of the latest WiFi standards positions Meraki to address the relentless demand for capacity and performance in our mobile world.