Highlights
International school in Korea deploys Meraki full stack
3 IT team members can easily pinpoint issues and troubleshoot via dashboard
Since deploying Meraki, support requests to IT have decreased significantly 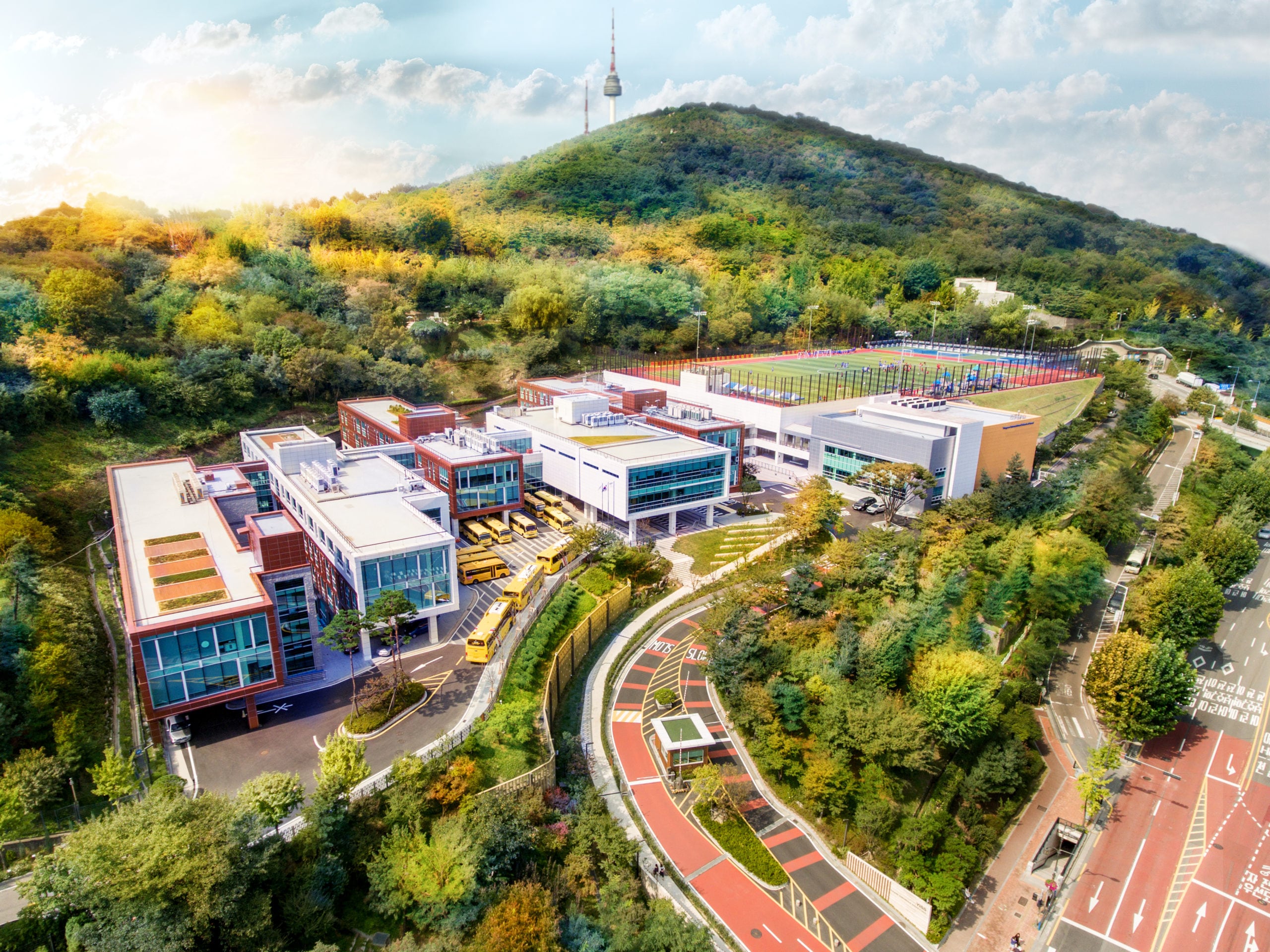 Yongsan International School of Seoul (YISS) is an international school in the heart of Seoul, Korea, and offers an American curriculum for expatriate families. Located within the international district of Itaewon, YISS has 1,000 students hailing from 55 different countries, supported by 175 staff members.YISS prides itself on offering an education that equals what students can receive in the United States, while also providing a diverse environment where students can make friends from all over the world. For example, the athletic teams play against other international schools, attending competitions in Guam, Hong Kong, Japan, Malaysia, the Philippines, Taiwan, and Thailand — presenting students with unique opportunities that they would not have in the U.S.

Brendon McCarthy is the Director of Technology at YISS and oversees technology infrastructure, ranging from network and printing to classroom projectors, along with educational technology initiatives. McCarthy explains that the school’s previous network was lacking visibility. “It was a black hole,” he said. “We didn’t know what was going on.” Even though the previous system had standard features such as layer 3 firewall support, the team was unable to efficiently manage even basic firewall and switch settings because they were not accessible or required command line operations — it often required working through a partner vendor, which was difficult due to lack of in-house networking expertise and English-language support. These issues prompted McCarthy to look for a new solution.

In addition to in-language support, it was a firm requirement that the new networking solution be cloud-managed, as YISS does not maintain any on-premise servers. While researching options for a cloud-managed network solution, McCarthy heard about Cisco Meraki via a former university classmate who worked in enterprise IT. He attended Meraki webinars to learn more and was pleased to discover the high level of visibility and control that was possible with the Meraki web-based dashboard. Other solutions were evaluated too; however, unlike Meraki, they did not offer the option of a centrally managed system through which access points, switches, security, and enterprise mobility management could all be managed from a single dashboard.

With the intuitive Meraki dashboard, McCarthy and his team have access to and visibility of all features, analytics, and client information. They can easily make changes and optimize the network themselves by simply making a couple of clicks within the dashboard.

“We’re able to easily modify settings and configurations on our own, thanks to the top-notch customer support and documentation on the Meraki website.”

Because McCarthy and his team were limited in ability to interact with Korean vendors efficiently due to experience and language difficulties, Meraki’s exemplary customer service and in-language support was a major reason why he selected Meraki as the network solution for YISS. McCarthy notes that international schools worldwide are all struggling with the same issues and having reliable in-language support is crucial. Meraki offers customer support in not only English but in four other languages as well.

“If we have any questions, I can call somebody who speaks my language [English] and can walk me through the steps needed. We didn’t have that before,” McCarthy explains.

McCarthy’s team of three is quite lean — half the size of a typical size team supporting the same number of students. Because YISS does not have a network engineer or professionally trained networking staff, the ease of use of the Meraki system was a key factor in YISS’ decision to adopt Meraki. With the previous system, the staff would not be able to tell if the system was down or not, without having to call the vendor. With Meraki, the team is able to see if there is an issue and can quickly determine if it is an issue they are able to resolve on their own or not via the dashboard. If not, they can call the English or Korean-based customer support.

“We wanted a system that runs itself, and that wouldn’t require someone who is a certified network technician. Any of my staff can get into the dashboard, figure things out, and make configuration changes, all without having to call a specialist for help,” McCarthy explains.

Since deploying Meraki, support requests to the IT department have decreased significantly. With the previous system, there were frequent issues with connectivity. With Meraki, the connectivity problems have disappeared, and the lean team at YISS is able to focus on their other responsibilities and
projects.

McCarthy enjoys having the ability to continue optimizing the network as needed and being able to do this in incremental phases without disrupting the network. For example, YISS has combined SSIDs into a single SSID for both students and staff. The switch was easily achieved by using group policies and assigning the policies to different VLANs for students and staff members, keeping them separated virtually without having to split the groups onto separate networks. “It’s great to know that we can make any change in just a few minutes,” McCarthy said.

“Our goal is that no one whom we support should worry whether the internet is going to work or not at any moment of any day. It should just work,” he said. “The infrastructure should be invisible. That’s exactly what Meraki is helping us to accomplish.”

YISS is part of a network of 17 international schools in 14 countries. Currently, each school is managed independently when it comes to networking infrastructure; however, several other schools in the network have begun to adopt Meraki as well. The benefit is that the schools can have the same networking technology anywhere. McCarthy looks forward to having the ability to manage multiple school networks centrally from the cloud and for other schools in the network to also enjoy all of the same benefits that YISS has been delighted by since adopting Meraki.