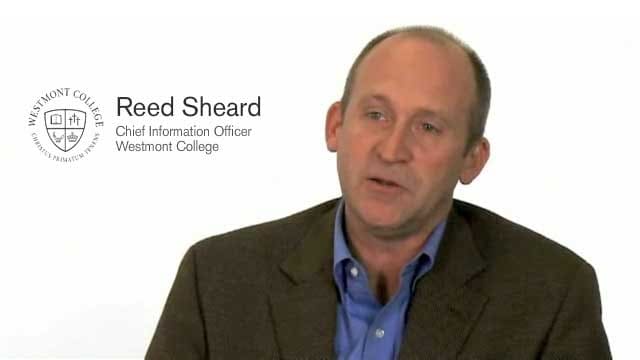 Westmont is a top-tier liberal arts college in Santa Barbara.The school has 1,100 students and 300 faculty and staff on its sunny Southern California campus who need constant internet connectivity, indoors and out.

In early 2009, Reed Sheard joined Westmont as its new Chief Information Officer. His goal was to turn technology into a competitive advantage for the school, allowing Westmont to continue to attract high-caliber students.

The campus’s existing Aruba 802.11b/g network had proven unsatisfactory: coverage was poor, and only a fraction of Sheard’s IT staff had the training necessary to maintain it. Most alarmingly, students and staff were complaining about the network. One of Sheard’s first initiatives was to turn wireless from a liability into an asset by creating an all-802.11n campus.

Sheard created a short list of vendors with the help of Novacoast, a Meraki partner. As they looked at different options, Meraki immediately came to the forefront – it was fully-featured, easy to deploy and manage, and had the right price. Sheard also evaluated Cisco and Aruba’s latest 802.11n solutions.

With a small IT team, Sheard placed a high value on Meraki’s cloud management. “We have a staff that’s limited in size, and moving the controller outside the physical network and into the cloud allowed my staff to focus on the things that were most important to our college.” Reed’s entire staff now uses the Meraki cloud-based dashboard to troubleshoot and solve students’ connectivity issues over the web, and without specialized training.

Meraki is one of the best technology decisions I’ve made in over 30 years.Reed Sheard, CIO

Westmont became one of the first colleges to deploy 802.11n campus-wide. Today, more than 1,500 clients access the network each day, transferring over 180GB of data. “Our wireless network is something that we’re proud to talk about now,” Sheard reports. “We are delivering a level of service to students, faculty, and staff that we’ve never been able to deliver before. Meraki is one of the best technology decisions I’ve made in over 30 years.”

Just months after installing their Meraki network, Westmont’s cloud-centric IT transformation, including Meraki, Google Apps, Salesforce.com, and Postini, was recognized with the prestigious InfoWorld 100 award.

“I couldn’t be more happy with how things have turned out,” concludes Sheard.

Meraki is one of the best technology decisions I’ve made in over 30 years.