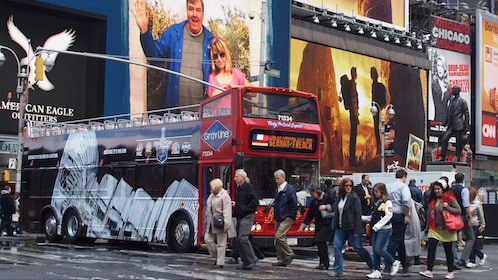 Dan Dorato, Vector Media’s CTO, has been with the company for over thirteen years. As Vector Media has grown, his team of three IT staff was spread too thin, as they attempted to maintain a cumbersome Astaro network infrastructure across multiple locations. The network demanded one employee’s constant attention to manage the appliances and configuration changes, and all of the branch locations went offline whenever the primary WAN connection went down.

“We left a lot of locations in the lurch when we had a primary uplink down,” Dorato explained. “It was painful.”

Furthermore, because Vector Media’s employees depend on information-sharing between locations, the slow and inconsistent network connection caused significant and unacceptable delays and resource drains.

“We handle a lot of throughput at Vector Media — we’ve got very large files shooting back and forth from coast to coast,” Dorato said. While he estimates average file size at 20 MB, Vector employees frequently transfer files that are 2 GB or larger. “It’s a lot to stick through a pipe, and I was spending a ton of money upgrading the WAN connections to support the files. I couldn’t manage the networks reliably anymore — it was a full-time job for me, besides handling day-to-day issues and managing my team. I decided it was time to find something new.”

Dorato looked at networking solutions from Meraki, Juniper, SonicWall, and Watchguard. When he tested Meraki’s cloud-managed security appliances, he was sold on the rich visibility and easy multi-site management, which enabled him to see his networking hardware at every location from a single dashboard. “It was love at first sight once I saw the Meraki dashboard,” he said. “Searching is easy, reporting is easy. The insight and visibility into what’s happening on the network is wonderful.”

Dorato deployed MX security appliances across far-flung Vector offices and had the network up and running in less than an hour. “I migrated the network by myself — it was insanely simple,” Dorato explained. “I used the cloud controller to stage everything, we dispatched the MX’s to the remote offices, and employees with no technical experience simply plugged them in. Within a matter of minutes, the devices connected and established the VPN links. It was a breath of fresh air, to say the least.” Meanwhile, Dorato is using the MX’s built-in smart link bonding to utilize multiple WAN connections, thus maximizing uptime and increasing bandwidth.

In addition to the security appliances, Vector Media deployed Meraki cloud-managed wireless access points (APs) at headquarters to provide greater mobility for employees. Dorato also uses Meraki’s Systems Manager to remotely manage all of the users and devices on the network, including remote software installation. Thus, he has visibility and control over the entire network — including his security appliances, his wireless APs, and all client devices — through a single web-based interface. In particular, this visibility has enabled him to discover and solve bandwidth usage problems quickly.

“One user’s email use was through the roof and I had no idea why,” he said. “Turns out, a message was caught in a loop with the Exchange server. In about four clicks, I solved the problem that would have taken me hours before.”

Dorato is also deploying Meraki APs across a fleet of vehicles for transit advertising. Using a combination of multi-modem cellular and speed burst technology, he is able to provide continuous Internet access for customers. He uses traffic shaping to throttle high-bandwidth applications and content filtering to block inappropriate content, and he gets real-time notifications when the buses go online or offline. “This solution has knocked the socks off our transit partners,” he said.

Overall, Dorato emphasizes that the Meraki solution has eliminated network downtime, increased employee productivity, cut bandwidth costs, reduced helpdesk calls, and simplified network management. “The truth is, when I saw that the Meraki hardware was priced significantly lower than the competition, I assumed something was missing,” he said. “I found out that what was missing was the complexity.”