The University of North Carolina at Pembroke 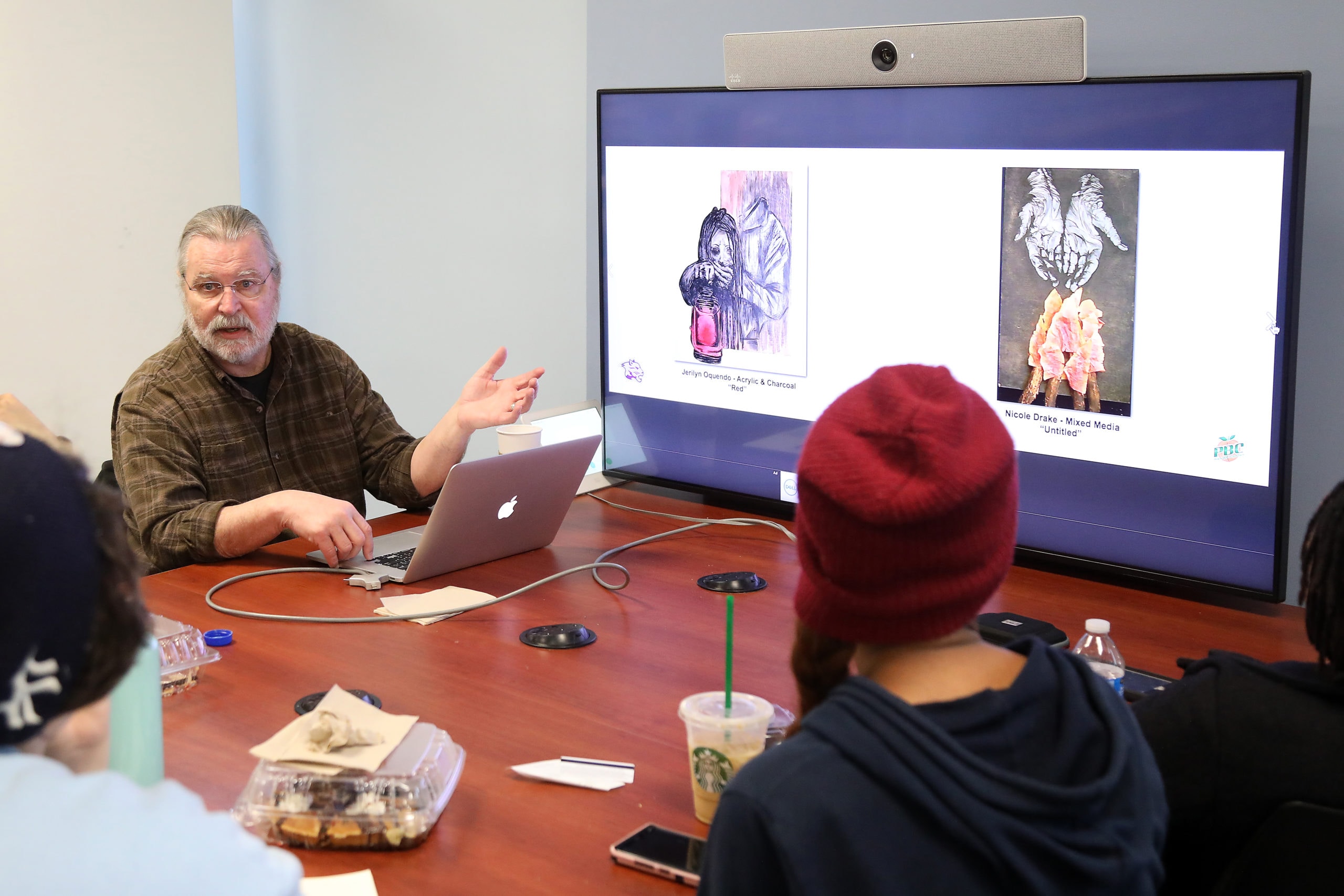 The University of North Carolina college system works to provide an outstanding education for both residents and out-of-state students. One such college, The University of North Carolina at Pembroke (UNCP) serves 7,200 students across 16 academic buildings and seven residence halls. UNCP has a relentless focus on the student and faculty experience, with a mission to Change Lives Through Education. As an NC Promise campus, the University offers students in-state tuition of $500 per semester ensuring all students have access to a high-quality, affordable education. This, paired with a dedicated IT team, enables UNCP to provide the connections and access that students and staff expect across campus. But as the student population continued to grow and network expectations and bandwidth needs continued to rise, Kevin Pait, Interim CIO and Associate Vice Chancellor (AVC) for IT, and his five person network team needed a future-proof wireless solution to bring equitable and seamless access to students.

UNCP worked with Cisco to institute a comprehensive technology solution that included their underlying network, security, VoIP, and collaboration. When Cisco acquired Meraki, Pait and his team were very interested in testing out the cloud-managed solution. They decided to conduct a proof of concept in one of their dorm buildings, deploying the cloud-managed solution in half of the building, and their legacy controller-based system in the other half. Not only did the cloud-managed access points outperform their expectations, but they also provided increased network visibility and control. Plus, with a lean network team, they wanted to be able to spend more time improving operations and providing technology services for the university, and less time on day-to-day network configurations and troubleshooting. Because of this, Pait and his team deployed over 700 Cisco Meraki MR access points in the dorm and academic buildings, and continue to upgrade their system to Meraki as needed.

Our goal is to enable the university to fulfill its mission to change lives through education. It’s about providing access and information, and we work to ensure students and staff don’t encounter technical issues that prevents them from doing so.
Kevin Pait, Interim CIO and AVC for IT

In the past, the network team leveraged outside expertise to provision, set-up, and deploy the access points. With Meraki, the complexity was removed from the wireless deployment, enabling the network team to handle it themselves. They not only upgraded the wireless across their dorms and academic buildings themselves, but can deploy new access points on demand when they need to. Kevin added, “Network analysts can deploy Meraki with ease, enabling our team to continue operations, provide quality services, and deploy wireless at the same time.”

Meraki is simple. You’ve got the analytics, troubleshooting, errors, all of those things in the dashboard that have really helped to simplify system administration.
Kevin Pait, Interim CIO and AVC for IT

In the residence halls, the team deployed Meraki MR30H wireless access points in the traditional dorm buildings, and MR53 high-density wireless access points in an older apartment complex. Using the existing cabling, the team was able to install the access points with ease. Using the MR30H, students can connect wirelessly or plug into the network, allowing them the flexibility to connect to the network how they want. Students also use Cisco Identity Services Engine (ISE) to authenticate onto the network. With a robust security solution deployed in parallel with the wireless, the university removed the policy requiring students to have anti-virus software installed, since they now know who is running up-to-date software and who is not. They can tell if there is a vulnerability on a device, and use ISE to shut the device down if there is a security threat. With half of their students living on campus, the university works to provide an at home experience for students, and reliable connectivity is an important part of that experience.

The academic buildings mainly use MR53 access points, with a few MR84 access points deployed outside. The university has three Wi-Fi networks, the main UNCP SSID for students and staff, which provides seamless roaming from the residence halls to the academic buildings, as well as an open guest network and Eduroam. Each semester the university sees a significant increase in bandwidth usage, motivating them to upgrade to a 10 gig connection, with plans to upgrade their redundant connection from 1 gig to 10 gig to ensure students always have the bandwidth they need.

Pait and his team have been impressed with the simplicity that Meraki has brought to the IT team. They have been able to find and resolve network issues quickly and can easily see what is going on with the network through the Meraki dashboard. Kevin added, “I can’t emphasize enough the ease of managing the system. And the flexibility; we’ve been able to accomplish ubiquitous access with just a few models of APs.”

Since deploying Meraki in the residence halls and academic buildings, I never hear complaints. Right out of the gate, the student experience was excellent and our support tickets really dropped.
Kevin Pait, Interim CIO and AVC for IT

With robust wireless in the residence halls and across campus, students have reliable connections everywhere they need them. Pait added, “Our students are really happy in the residential areas; if you stop hearing from them, you know you’re doing something right. We have high-density coverage in all of our classrooms and have not had any performance issues reported since installing Meraki.” There has also been a dramatic decrease in help desk tickets since the new wireless deployment, and complaints have almost completely disappeared. Students are consistently streaming movies, chatting with friends, playing video games, and working on academics, and they are able to do all of those things without interruption. The lack of network outages has provided always-on coverage for students, improving experiences everywhere on campus.

At the beginning we were really focused on what Meraki could do in terms of the infrastructure and the ease of management, maintenance and operations. But it’s just really opened up another world of opportunity.
Kevin Pait, Interim CIO and AVC for IT

Before switching to a cloud-managed solution, the IT team was spending a lot of time on day-to-day network maintenance and troubleshooting. Without a large team of dedicated, highly-technical staff, this was a big challenge. Not only has the switch to Meraki alleviated the need for them to be versed in complex wireless systems, but has also freed up their time to focus on implementing operational efficiencies, delivering better services, and fulfilling other projects. Kevin added, “We love the cloud model, new features are baked in and rolled out, and we can just enjoy that and focus on providing those features to our customers rather than how to install the software on the controller. It’s alleviated a lot of stress.” By eliminating day-to-day network maintenance, the team now has time to focus on how they can use network analytics to inform decisions in other business units and continue improving student experiences. With visibility into traffic patterns, device usage, and the number of connected clients, the team can use analytics to make adjustments across the academic and residential departments. They aspire to use the Bluetooth beacon technology to track student activities and class attendance so they can help students succeed on campus.

With simplified network management and increased visibility, the network team at UNCP can continue to provide an improved experience for students and staff. As a part of their larger technology strategy with Cisco, the university is uniquely positioned to be a marquee example of integrated technologies across the nation. Kevin concluded, “Because we’re a limited staff, we do not have the time or resources to focus on piecemealing a network and communication system together. We’d rather have a partner that provides the research, development, and integration for us. Everything that we’ve done is a part of a long-term strategy where we’re able to do more with less. And Meraki is just helping us amplify that in a tremendous way.”