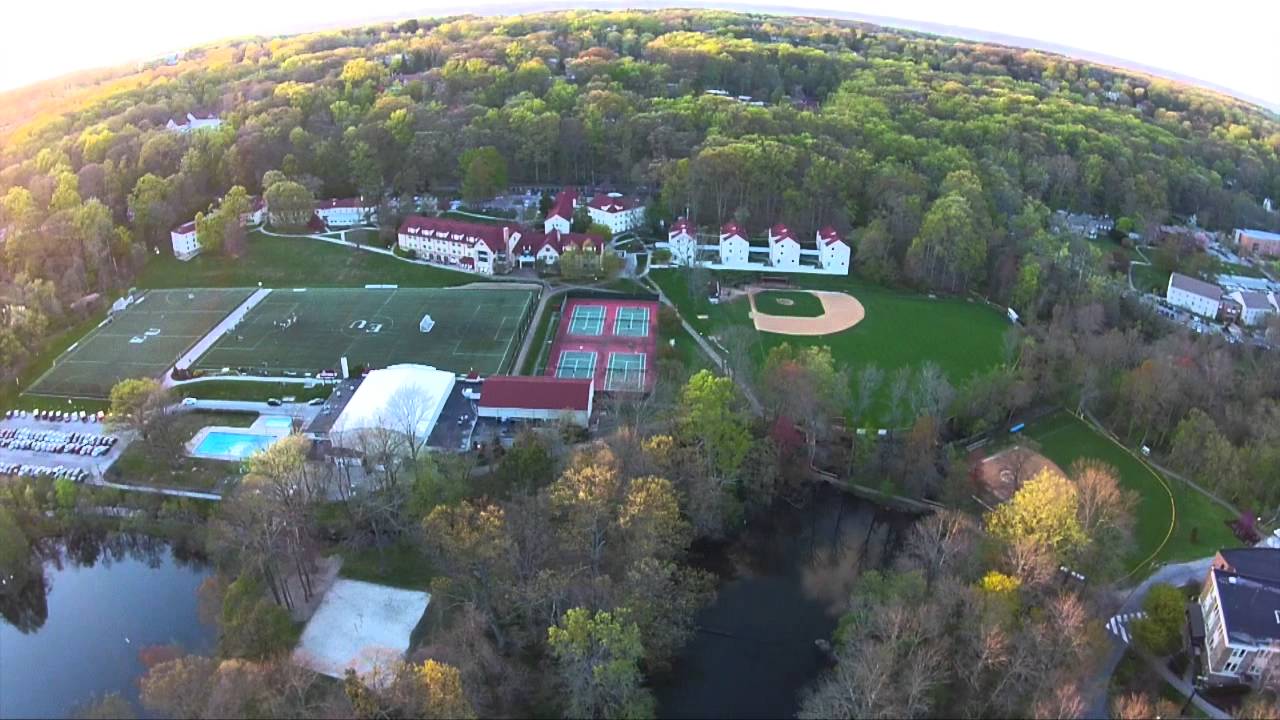 Move-in day at Eastern University in suburban Philadelphia is a hectic occasion. Incoming students, accompanied by their parents, search for their new home while returning students happily reconnect with old friends. All 1,400 liberal arts students live on campus in one of seven dorms and spend the day arranging furniture, shopping for school supplies, and connecting their devices to the network to prep for their first day of classes. Until last year, however, students continuously complained about poor dorm network connectivity, making it difficult for students to complete homework assignments, play video games, and stream videos. Eric McCloy, Chief Information Officer, knew it was time to update their ten-year-old network to give students the access they expected and deserved.

With a very lean IT team and limited budgets, McCloy needed a solution that was easy to deploy, while also giving students the coverage they needed. When evaluating a new solution, he decided to test Meraki in the oldest dorm building. He plugged in a Meraki switch on the ground level, went up to the third story and the opposite corner of the building, and plugged in an AP into their old, faulty cabling. To his surprise, the access point not only worked, but it had full throughput. He decided to deploy Meraki switches and access points in the seven dorms and student center/dining hall, with plans to expand to the entire campus soon

To give students enough bandwidth to connect all of their devices, McCloy decided to deploy Meraki MR30H access points in every other dorm room and MR42s in shared spaces. With compact access points designed explicitly for residence halls, students can seamlessly connect to the wireless network, or plug into one of the available ethernet ports for a wired connection. By managing all of the access points through the Meraki dashboard, the IT team can easily see which access points are online or offline, and troubleshoot accordingly. McCloy added, “I love the dashboard because it’s either green or it’s red, so I know what’s going on immediately.” When the access points were placed in the dining hall, they were accidentally deployed without identifiable names. Using the Meraki dashboard mobile app, he was able to go around the dining room, blink the LEDs to figure out which access point he was looking at, and rename the device based on its location.

The team takes full advantage of the SSID configurations. They can set a new SSID up in minutes and often use this feature for events or troubleshooting. There is the regular student network, which uses Radius authentication for students to access, a guest network, a network specifically for gaming with a pre-shared key, as well as a conference network. The team also has much more visibility into the network than they did with their previous solution. They know the average student bedtime is around 1:30 am — with the network usage ramping up around 9 pm and lasting until 2 am. At peak times, the network is running up to 60% capacity, removing their need to use traffic shaping. But if the network ever did reach capacity, the IT team could quickly limit the connections for bandwidth-hogging applications, such as video streaming, so that students could access their homework applications.

The troubleshooting is phenomenal. With the dashboard, I can sit down with a student who’s having trouble connecting and immediately see what access point they’re connected to or if they’re not connected, click on any access point and see what clients are connected to it, and see what’s using the highest amount of traffic.Eric McCloy, Chief Information Officer

The IT team also deployed Meraki switches in the eight buildings where they have Meraki access points. Troubleshooting a Meraki switch is extremely simple through the dashboard, and McCloy often looks to see which switch ports are turning red so he can proactively solve any network problems. Generally, when troubleshooting, he starts with the access point that someone is having trouble connecting to and then clicks into the exact switch port the access point is connected to investigate. With an old campus-wide power supply, the issue is generally power-related, and McCloy can determine which part of the campus is having a power outage and get attention to that area quickly.

Eastern University was experiencing an enrollment crisis that began in 2015. For three years, the institution’s total full-time undergraduate enrollment had dropped by 15%. As a private institution that relies heavily on tuition for operational expenditures, the university needed to find a solution. One area of opportunity was the university’s retention rate: In 2015, they retained only 74% of first-year students (a 4% decline from the year prior). To support retention and protect enrollment, the university decided to invest heavily in proactive advising services, beginning with centralized advising functionality supported by Degree Analytics.

To facilitate this process, Degree Analytics started by measuring both class attendance and facility usage around campus. Both analytics efforts were driven primarily by data Eastern University was already collecting in its Meraki wireless network and SIS data. Leveraging Meraki’s location analytics API, coupled with these two data sources, Degree Analytics was able to immediately measure class attendance and robust engagement metrics for 97% of the student population. With over 2.6 billion rows of data analyzed, 3,700 classes were measured for presence with an accuracy rate of 93%. With this level of visibility, Degree Analytics supported Eastern advisors and student life professionals in prioritizing and executing precisely targeted student services resulting in profound impacts on student retention.

Two years ago, with their previous network in the dorms, McCloy received 80 help desk tickets during the first week of school. Last year, since deploying Meraki, he only received eight in the first week. This 90% decrease in help desk tickets, paired with simplified network management, has given the IT team time back to focus on more impactful projects. McCloy said, “You freed me up to solve network issues quicker and more efficiently. We have a lot of other projects that we’re working on, and not futzing around with the network is a big help.” And better yet, in a recent survey conducted by the communications professor to determine student’s likes and dislikes on campus, for the first year, IT was not in the last place, but rather the food in the dining hall. McCloy added, “The students are a lot happier about the connectivity this year than they have been in the past, so I’m really happy about that.”