The rise of Microsoft Office 365 (as a cloud service) has been nothing short of meteoric. It launched in 2011 and the 3 years between 2015 to 2018 saw the number of active users more than double, from 60 million to over 150 million.¹ To put that into perspective, the estimated number of active users for Uber in 2018 was 100 million.²

Today one in five corporate employees globally uses at least one Office 365 cloud application.³ With such widespread adoption of a business-critical cloud service, organizations are closely scrutinizing the performance of SaaS applications, such as Office 365, resulting in nervous ‘gulps’ from IT teams around the world.

Advice from Microsoft themselves to optimize Office 365 recommends to not backhaul traffic through a datacenter or HQ but instead allow it direct internet access. That’s sensible advice on the surface, i.e. don’t let the journey through a DC/HQ add latency in particular to your Office 365 apps. However, out of the window (pardon the pun) goes the visibility and security traditionally provided by backhauling traffic.

Help is at hand though…

The Cisco Meraki MX security and SD-WAN appliance seamlessly delivers some of the most powerful industry-leading security technologies (AMP, threat grid, SNORT) directly to the branch. The MX’s security capabilities are continually informed by Cisco’s Talos organization – an elite team of 250 of the world’s most sought-after security researchers analyzing billions of security signatures and postures everyday and delivering their findings back into millions of MX appliances with zero touch.

So… security, comprehensive check. What about visibility?

Visibility over the public internet

In general, there are three main phases a web application like Office 365 will need to successfully negotiate when a request is initiated by a client: LAN, WAN, and application server.

When sending Office 365 traffic over a public internet link you might feel like you’re crossing your fingers and hoping for the best, as you’re effectively blind beyond your own LAN. However, with Meraki Insight you can take out the nervous guesswork by tracking the performance of critical web applications such as Office 365 travelling via a direct internet breakout or VPN tunnels against network-admin defined thresholds. Meraki Insight analyzes WAN traffic and server response times for web applications to build a simple view of the health of the application across the LAN, WAN, and application server.

Should the performance of Office 365 drop below its defined performance threshold, Meraki Insight will elegantly summarize its vast telemetry collected into an ‘X’ or ‘check mark’ across the LAN, WAN, and server to pinpoint where the degradation lies.

Instantly pinpoint the cause of performance issues

Stay Alert – NEW
Meraki Insight now also has an option to send an email alert when a tracked application like Office 365 has fallen below its performance thresholds. 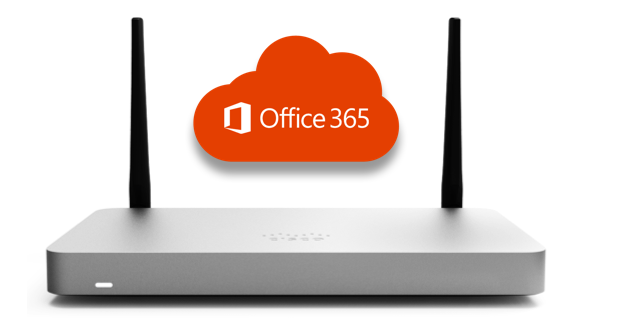 Maintain peak Office 365 performance and security with one simple appliance

Delivering powerful industry-leading security and advanced visibility into web applications, such as Office 365, is achieved using only one device: the Meraki MX security & SD-WAN appliance. The MX is already established as one of the go-to appliances for security & SD-WAN, and with the addition of a Meraki Insight license can also track the health of web applications such as Office 365, all in a single appliance. Test for yourself how easy it is to optimize Office 365 using the Meraki MX appliance for free.

Software that makes your life easier is pretty sweet. It’s even better if it’s free.

We were pleasantly surprised to find our WiFi Stumbler mentioned over the weekend on ILoveFreeSoftware.com – a nifty site that catalogs some of the best free software and web tools in a quick-to-read format.

The site got us thinking about the free software we use. Solar Winds offers a great FTP client. PuTTy is the perfect SSH client and IfranView is handy for fast image editing on PCs.

ILoveFreeSoftware has featured other free tools that we think look really useful too:

Let us know if you find these tools useful.