Providing up-to-date information to the right people at the right time has always been a fundamental driver of telecommunications technology. With Meraki MV security cameras it is exceptionally easy to provide situational awareness to first responders in emergency situations.

Due to its cloud architecture and browser-based interface, the MV system allows any number of police officers or firefighters access to video from any device with a modern web browser. This ability to gain situational awareness in just a few minutes can have a big impact on public safety when a crisis occurs.

Four major attributes of MV’s functionality enable this capability. The first is the automatic delivery of video to remote viewers through the cloud. This automatic cloud stream is dynamically created when the Meraki dashboard detects the user’s device can’t connect directly to the camera for instance, from outside of the building. This secure encrypted video delivery eliminates the need for a VPN and the associated complex configuration.

The Meraki cloud will automatically detect whether the viewing computer is in the same network as the cameras, sending video directly or proxying through the cloud.

The second is that because the cloud acts as a proxy for the video coming from the MV cameras, video is only streamed once from the camera to the cloud but many times from the cloud to the clients. This allows the system to scale in an emergency to allow for many first responders to have access to video simultaneously. This happens automatically and dynamically with no pre-planning or configuration required.

Video streams once from the cameras to the cloud, but can stream to multiple remote computers simultaneously.

Thirdly, the implementation of HLS for video transport means video can stream to any device with a modern web browser. In an emergency situation all you need is access to an Internet-connected device and a web browser: no special computer, no software to install, and no wasted time. 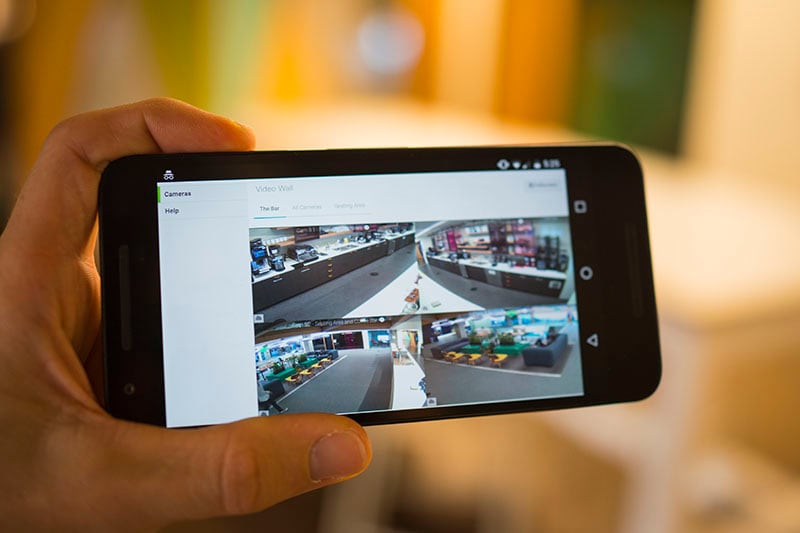 Finally, comprehensive access controls allow for login and video viewing privileges to only be assigned to those who should have them. These privileges can be integrated with existing user databases with Meraki’s support for SAML, or new access can be provisioned directly within a couple of minutes with just a user’s email address.

Combined, Meraki MV’s features offer a new level of capability and customizability when it comes to public safety. When making the right decision is paramount, the value of having rapid access to the right information cannot be overestimated. Contact us today to find out more about MV and to arrange a trial to test the technology for yourself.