When it comes to our favorite shows, riveting movies, or funny cat videos, some of us can’t get enough screen time. But reviewing security camera footage is another matter. When tasked with going through hours of video to understand what happened during a particular incident or situation, most of us want a way to figure it out as quickly as possible.

What if there were a way to see the entirety of an event in a single image? Motion Recap makes this possible.

Motion Recap takes advantage of the Motion Search 2.0 algorithm, which uses background subtraction to isolate motion. Imagine a person walking down an empty street. Things in the background — buildings, signs, trees, or parked cars — remain unchanged. The only thing that changes is the location of that lone individual. Now imagine that activity as a series of still frames. A Meraki MV Smart Camera analyzes those frames to determine what is the same in each — in other words, the background. When the background is removed, what remains frame over frame is the motion (the individual walking). 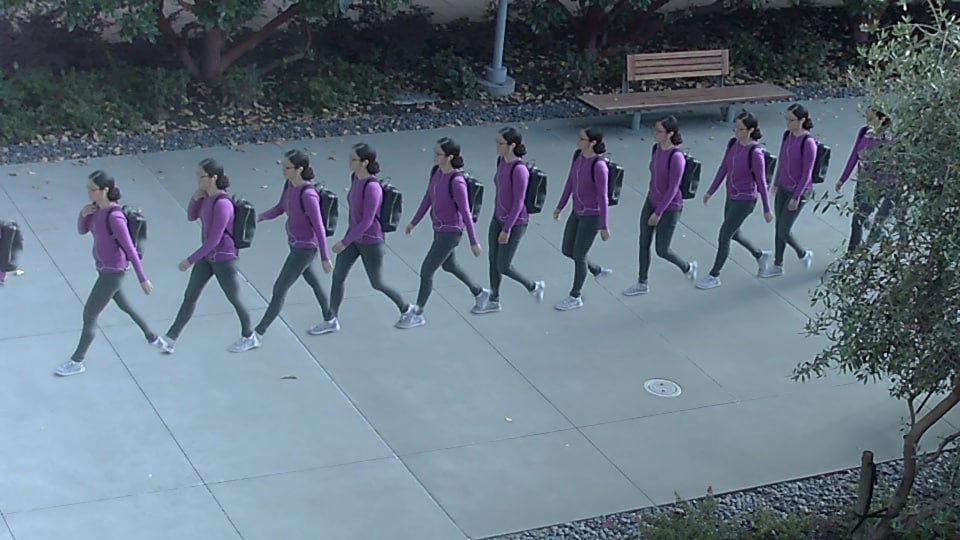 A lone individual makes their way down the street.

Motion Recap images are composite images, built in-camera, that summarize a motion event. In the example described above, the Motion Recap image is created by superimposing the individual on the background at set intervals as they make their way down the street. This image allows the viewer to understand the entirety of an event with just a glance, instead of watching a 30 second video clip to see that the person did indeed walk down the street. 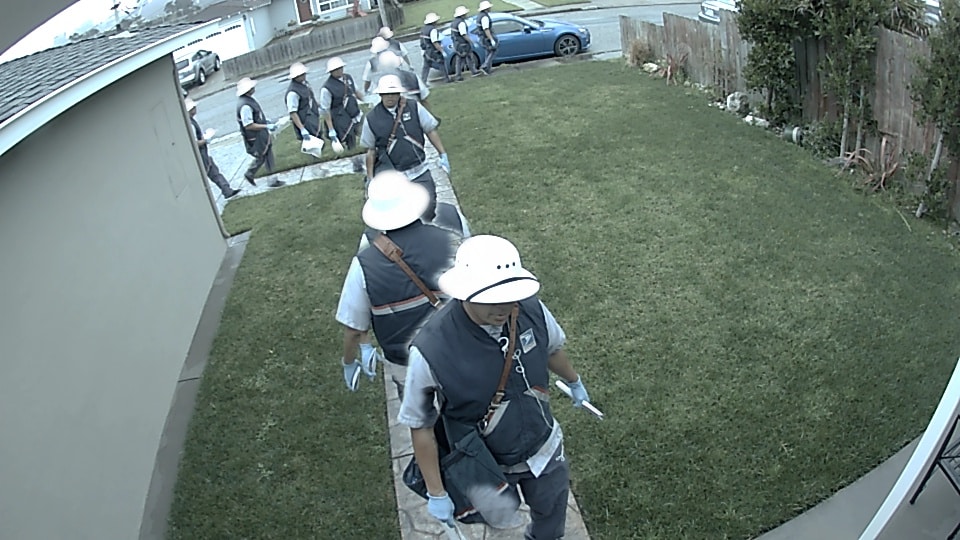 Find What You’re Looking for, Faster

The new Motion Recap feature on MV smart cameras enables users to find answers without having to watch video. Motion Search results are now displayed as Motion Recap images, allowing users to understand what has happened in video, without ever watching it. Say you need to find out who placed this dog toy on the couch in the video feed below. You use Motion Search to select the dog toy, and the Meraki dashboard returns results containing motion in that area. 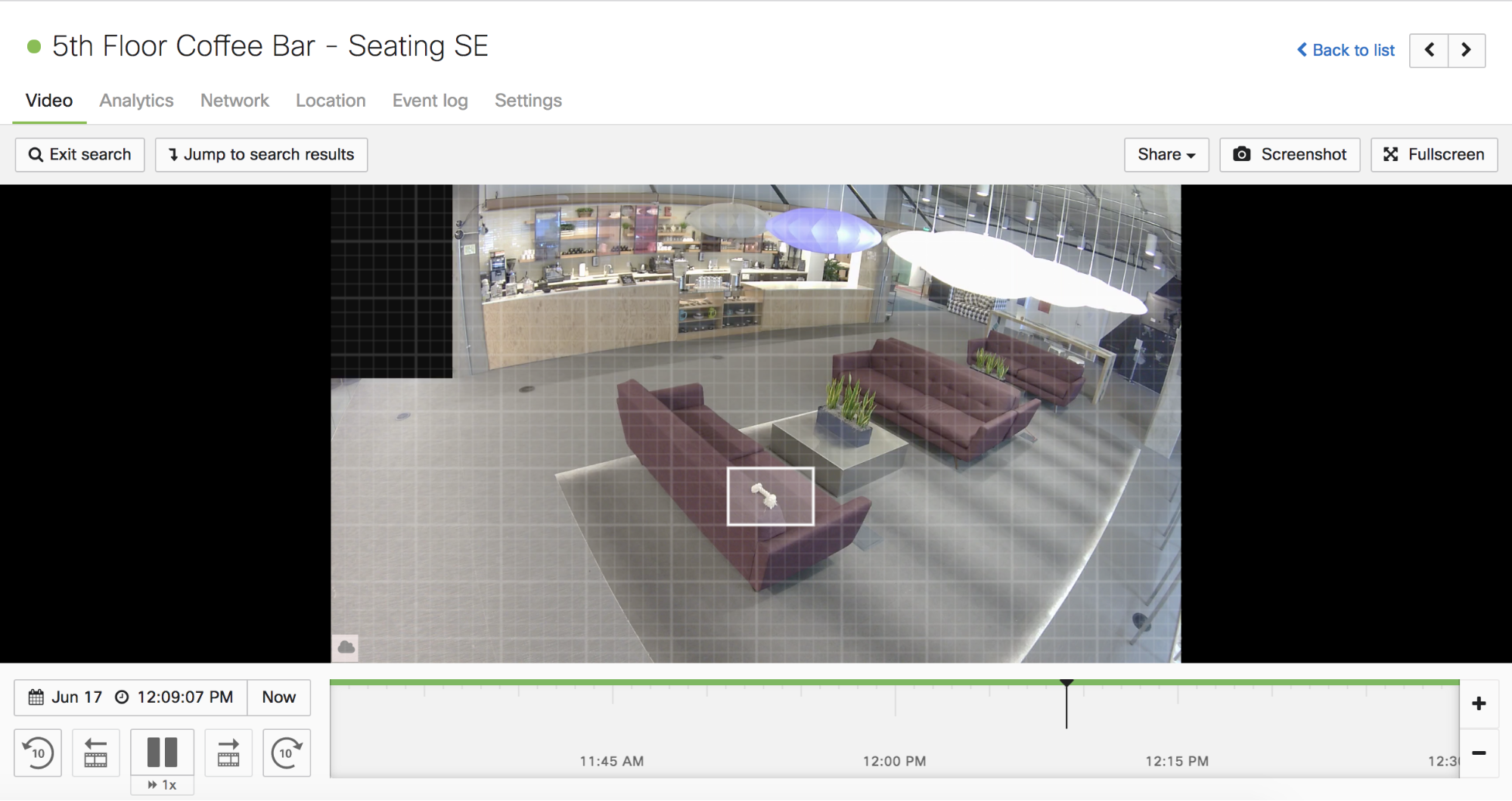 Below are the six Motion Search results, returned as Motion Recap images. We can see the toy is on the ground in the top left image, and on the couch in the bottom middle image. In the fourth result, the bottom left, we can see an individual reaching down to pick up the toy and place it on the couch.

Motion Recap images are grouped by events, and each image contains up to 30 seconds of motion. Longer events are made up of multiple images. By selecting any Motion Recap image, we can scroll through to view other images, or watch the corresponding video for that event.

Want to see the demo in action? Check out this video to find out how Motion Search and Motion Recap solve the mystery of who stole the MV Gnome in our office. 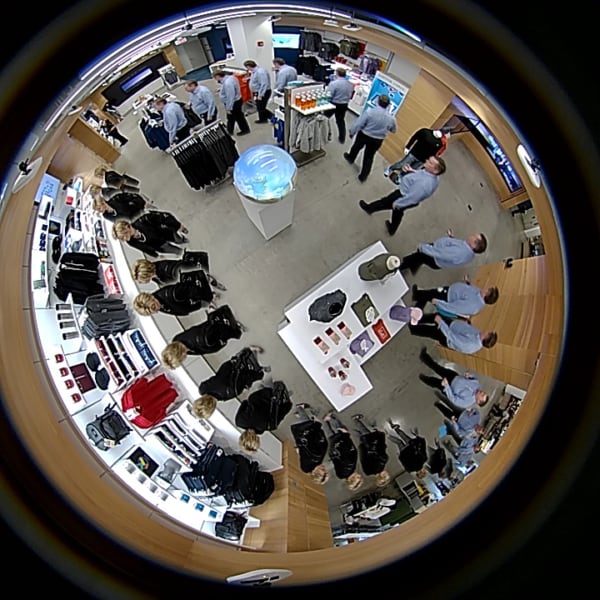 Motion Recap is now available to all customers with second generation MV smart cameras (models ending in -2). Users can toggle between Motion Recap and list view results using the buttons on the right-hand side. Or, if you prefer the list view, disable Motion Recap completely on the “Quality and retention” tab.

Let us know what you think about the new Motion Recap feature in the Meraki Community or request a risk-free evaluation to try out MV for yourself!