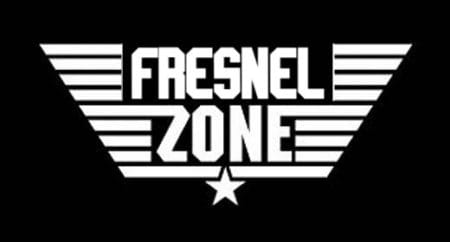 This is the fifth in a series of blog posts that focus on wireless technology and security at Cisco Meraki.

Meraki APs are known for their ability to form ad hoc wireless mesh links to one another and then route across those links. This functionality automatically works over large distances and allows customers to extend their LANs.

One might naively think that all that would be required for this type of connection to work is line of sight between the two transmitters. However the physics of electromagnetic wave propagation make this a little more complicated than that. Luckily, a French physicist named Augustin Jean Fresnel (pronounced Fre-nell) worked this out in the early 19th century. In this post we will explain why this is the case.

Ya’ canna change the laws of Physics (Captain)

In order to understand how this works we first have to understand the true nature of the radio waves we use in Wi-Fi. They look like this: 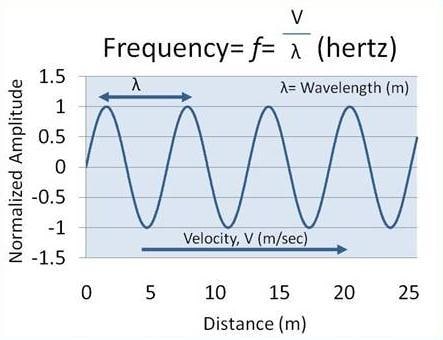 As we can see, all radio waves take the form of a sinusoidal wave that we’re all (hopefully) familiar with from high school mathematics. These radio waves will move in a straight line from the transmitter to the receiver.The problem arises when radio waves that emanate from the transmitter spread out at an angle, creating an effect known as diffusion. This can be seen in the 5GHz radio profile of the Cisco AIR-ANT2513P4M-N antenna, which is compatible with Meraki’s outdoor access points and used in highly direction use cases, as shown below: 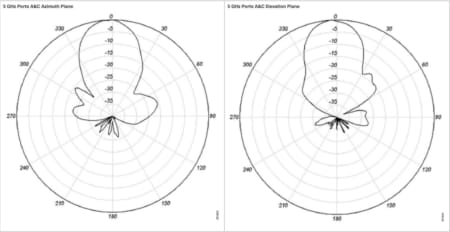 If no obstacles are encountered by the radio waves then they will just keep going until they run out of energy. However, in an urban environment they are likely to encounter a surface, which can reflect the radio wave in such a way that it is received at the receiver but is “out of phase” with the original radio wave.  So that if the reflected radio wave is half a wavelength (or a multiple of half a wavelength) behind the original unreflected radio wave. This can reduce the power of the received signal and is called “phase cancellation.” It works like this:

This results in a loss of signals because the two waves combine with one another, as illustrated below:

What Monsieur Fresnel did was calculate how out of phase the signals would be for an elliptical area (kind of like a sausage shape) between the transmitter and receiver. There are infinite zone sequences, but for the purposes of point-to-point radio, and hence Wi-Fi signals, only the first three are important. These zones are illustrated below:

The first and third zones have the cancellation effect shown above, whereas the second zone actually has an additive effect. This simply means that in order to maximize the signal we need to keep the first Fresnel zone as clear from any sources of obstruction and reflection as possible. The most widely accepted guidance is that the first Fresnel zone must be 60% clear of obstructions, i.e., an obstruction can’t protrude more than 40% into the zone from the direct line of sight at any point between the transmitter and receiver, like this:

If you need to calculate what the Fresnel zone would be for your point-to-point Meraki wireless connection then all you need is this, or if you have a few hours to spare you can derive the equations from first principles.

What about the turtles?

As long we follow this pretty simply rule for point-to-point links then it’s all smooth sailing then, right? Well, there is one more thing to consider — and this may come as a shock to Kyrie Irving (even though he was just trolling) — but the curvature of the earth can also be an obstacle.

When a length point-to-point link is over 7 miles, the curvature of the earth will impede into 60% boundary we discussed above and shown below:

In order to mitigate this effect the height of the transmitter and receiver become very important, especially when you are trying to enable network service in remote areas without cellular service for interesting use cases.

Even though Meraki APs will automatically create point-to-point links with one another, we still need to be careful when implementing the service. Meraki magic still has to obey the laws of physics.