You may remember seeing BlueChilli’s name recently because they were a Meraki Australia Startup Kit winner. This past December, I had the opportunity to pay the team a visit in their Sydney office, which happens to be a convenient three-minute walk from the Meraki Sydney office.

As one of the most prominent venture tech companies in Australia with the mission to bring non-technical co-founders’ visions to life by pairing them up with in-house developers and engineers, BlueChilli’s office serves a full team of employees, as well as rentable office space for startups just kicking off their businesses. Upon arriving at the office in the heart of the Central Business District (CBD), I could immediately see how the open space inspires creativity, innovation, and teamwork with its programmable Nerf gun, exposed brick walls, and inviting collaboration areas.

I was most excited to meet the founder to learn a bit more about the impact of their new Meraki gear, including two wireless access points (APs), a security appliance, and a switch.

The CEO of BlueChilli, Sebastien Eckersley-Maslin, gave me a tour of the office. He pointed out the large open spaces BlueChilli uses to host startup and community events, which require reliable Internet connectivity as presentations are being shown and audience members are tweeting and brainstorming their next startup idea. He also noted where all of the new Meraki gear has been installed. 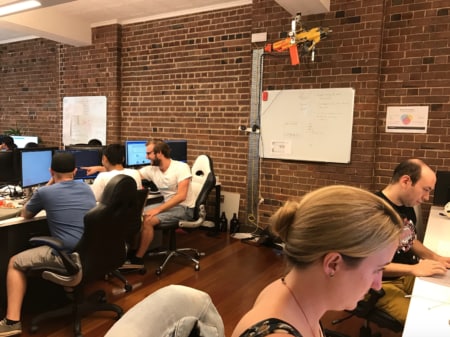 Can you spot the Meraki MR Access Point in this photo?

BlueChilli is truly an all-hands organization. Though Eckersley-Maslin is the CEO, he’s also the IT guy. He loves the new Meraki network solution and being able to provide his staff and the startups with reliable and secure Internet access, as it’s crucial to every team. He commented that “Meraki is dead simple to set up,” and we would have to agree. Alejandro Silva, Head of Engineering at BlueChilli, said complaints about WiFi have gone down significantly since deploying Meraki. This is all music to our ears.

Since the office visit, the team has purchased an additional 9 Meraki APs to replace the legacy network gear in the office. This way, Eckersley-Maslin and team can see all of the network activity in the Meraki web-based dashboard, making IT, which is a small part of the CEO’s responsibility, even easier.

Thanks, BlueChilli, for giving me a tour, making me feel like a total #girlboss in front of the infamous BlueChilli startup wall, and for being a great Meraki customer! 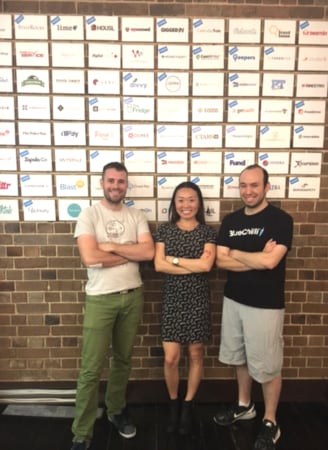 Sebastian Eckersley-Maslin (CEO), me, and Alejandro Silva (Head of Engineering)