Twelve months ago Cisco and Apple announced an exciting new partnership to fast-track the mobile enterprise. In the intervening period much work has gone on behind the scenes, preparing for some true breakthroughs in user experience when operating Apple devices running iOS 10 on a Cisco wireless network. Naturally, Meraki technology is along for the ride, and the fruits of our labor are now ready to share.

Ever since we all started carrying mobile devices around, network admins have faced a number of challenges. Some of these relate to the physical environment and can be mitigated with a professional site survey to establish the correct number and placement of APs. Other challenges relate more to the mobile devices joining these Wi-Fi networks: our smartphones, tablets, and so on. 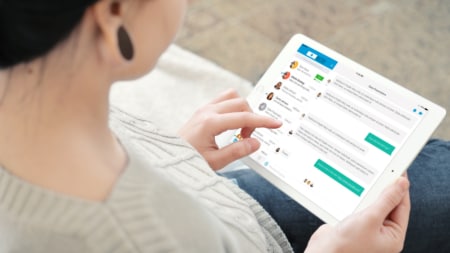 Two client challenges which stand out are roaming and app prioritization, and these just happen to be two of the areas which Cisco, including Meraki, is addressing for iPhone and iPad running iOS 10. Let’s break this down and look at the two in turn.

As a mobile device moves through the Wi-Fi environment, and the distance from its connected AP increases, the device must roam to maintain connection to the network. This roaming process requires the client to find another AP serving the same SSID and then go through the process of establishing a new association by performing a handshake with the new AP. With classic roaming, the onus is on the client to initiate the roam. The method for doing so is not part of the 802.11 standard and varies between device manufacturers, so inevitably problems can arise if a certain client’s roaming method is incompatible with the AP’s own method. Additionally, in a secure environment where clients are required to authenticate, the complete authentication process must be performed at each roam.

The challenge is that both of these processes – the re-association and re-authentication – introduce delay, potentially impacting the user experience. To address these, three extensions were added to the 802.11 standard: 802.11k, v and r, each of which are implemented on Meraki APs.

Rather than having to blindly establish available APs through active scanning at the time of roaming, client devices request a neighbor list from the AP to which they’re associated. This list, which may vary for each client, based on its location, includes APs offering the same SSID, and the channel they’re serving that SSID on. At the time of roaming, the client can reach out directly to APs on the list, reducing re-association time.

Our first enhancement for Meraki APs is the addition of support for 802.11v, which builds on ‘k’ by advising the client of the best AP to roam to, based on load. Apple devices running iOS 10 are able to recognize ‘v’ and will therefore benefit from this additional information, ensuring a better spread of load across APs and an improved overall experience for clients.

With 802.11r, the re-authentication of clients is greatly accelerated by sharing encryption keys between APs, streamlining handoff between them. Both 802.11k and ‘r’ have been available on Meraki APs for some time. There is just one caveat relating to ‘r’ which has prevented its widespread adoption: device compatibility. Not all clients support the standard, so we’ve always provided a toggle switch to turn it off when compatibility issues arise. This toggle switch is a blunt tool, an ‘all or nothing’. So one of the most significant enhancements we’re announcing for Meraki customers is a new approach known as ‘adaptive 802.11r’, which enables the latest iOS devices running iOS 10 to automatically use ‘802.11r’ when connected to our APs, regardless of the toggle switch setting. This will enable a superior performance for Apple devices, even in a mixed device environment.

With 802.11r, only one authorization request is made to the server, then shared between APs

Some of the apps we run on our devices are more demanding and require priority for their traffic as it traverses the network. Mostly we’re thinking here of more latency-sensitive apps, like voice and video. Quality of Service (QoS) provides the tools we need to prioritize once the data hits the network infrastructure, but how do we manage the flow of traffic between the device and the network?

Wireless MultiMedia (WMM) provides a mechanism for prioritizing application traffic on the wireless network. Meraki APs already have the ability to mark wireless traffic for QoS treatment based on Layer 7 traffic analysis. In addition, Apple enables developers to request prioritization at the app level, which maps to WMM at the device level so that traffic is given priority on the upstream to the AP. All other app traffic is sent as Best Effort, as with other forms of QoS. 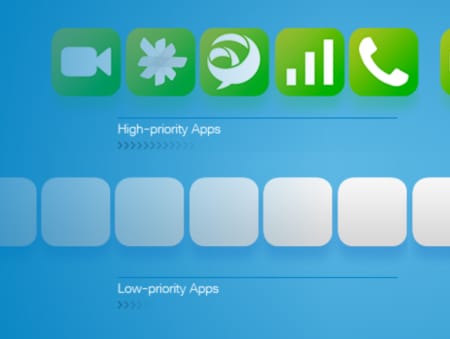 Meraki APs honor all incoming WMM markings from iOS (what is commonly referred to as fast lane). However it may be desirable for the IT administrator to limit which apps are given permission to set these markings according to device policy or posture, to prevent abuse, or to engineer the network for better performance. We call this per-app QoS, and it’s a new feature in the Wi-Fi Profiles section of Meraki Systems Manager. 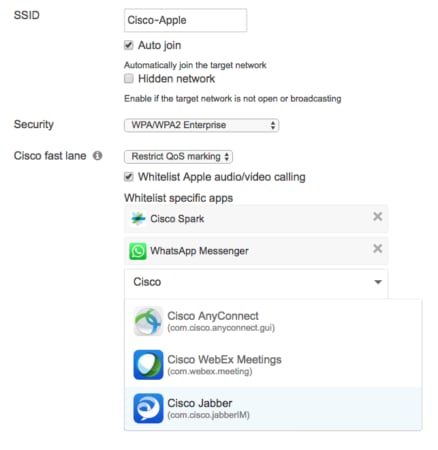 The decision to honor markings for specific apps could be based on policy rules such as a schedule, a geofence, the user’s identity or Active Directory group. Device posture can also be interrogated, checking for the presence of a passcode or whether the device has been compromised through jailbreaking, before adhering to app prioritization markings.

Taken together, these innovations by Cisco and Apple, including new capabilities on Meraki APs and Systems Manager, offer a real difference for devices running iOS 10. We’re proud of the work of our engineers who helped make this a reality for Cisco customers around the world and can’t wait to see its impact on the iOS experience. For another perspective, including how Cisco Spark is delivering an integrated calling experience on iOS 10, check out the partnership page on Cisco.com here, or this page on Apple’s website. Existing Meraki AP and Systems Manager customers will be able to test these new features later this month. Alternatively, for an introduction to Meraki, simply join us on one of our regular webinars.