If you missed our special switch webinar, The World Is Not Enough…(Without 1-Hour Switching), fear not! We’ve uploaded a recording so you can watch how we added switches to a remote site, optimized them for VoIP, locked down the wired network, and configured features like warm spare failover—all through our web-based dashboard.

Check out the video here:

To register for upcoming Meraki webinars, check out our webinar page. Also, we have several videos of live demos and recorded webinars hosted on our YouTube channel. Learn more about what our Meraki MS switches can do for you here—or by visiting our switch product page.

We recently announced a fantastic new feature available to all Cisco Meraki customers running combined networks or who have deployed Meraki MS switches: network topology. This feature makes troubleshooting and support more intuitive, provides even greater visibility into networks, and is built into the dashboard at no additional cost—with no additional licensing or upgrade  requirements.

If you’d like to see Network Topology demoed on a live production network, check out our latest video here:

This Thursday evening, we will be hosting a tech talk on load balancing for datacenters right here at our Mission Bay office in San Francisco. Interested? Keep reading to learn more, and RSVP here if it strikes your fancy: November 20th, 6:30-9:00 PM.

Mohammad Alizadeh, Principal Engineer at Cisco, will be presenting a paper from this past year’s Sigcomm conference, titled “CONGA: Distributed Congestion-Aware Load Balancing for Datacenters.”

Abstract: Modern datacenter fabrics must provide immense bandwidth — 10s of Tbps across 1000s of ports — to support demanding applications such as big data analytics and large-scale web services. They achieve this by spreading traffic over many paths across dense, mesh topologies. Yet, state-of-the-art multipath load balancing mechanisms in datacenters are inefficient and fragile. In this talk, Mohammad will present CONGA, a new datacenter fabric load-balancing solution that he’s developed as part of Cisco’s Application Centric Infrastructure (ACI) products. CONGA significantly outperforms existing mechanisms like ECMP, reducing job completion times in an HDFS benchmark by over 2x in some scenarios. 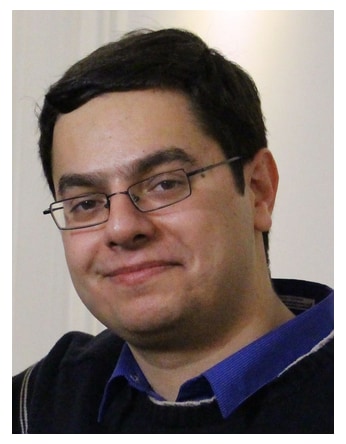 More information about directions, bike and car parking info, etc. will be sent to those who RSVP.

We periodically host tech talks at Meraki to connect Bay Area hackers interested in distributed systems, computer networks, and other technologies. If you would like to nominate a speaker or just want to learn more about the series, feel free to shoot us an email: techtalks@meraki.com.

We’re excited to announce a new feature that just went live for all of our Cisco Meraki MX Security Appliance customers: customizable third-party VPN policies. This means that an MX can be integrated into a greater number of VPN networks without needing to modify the settings of non-Meraki VPN peers.

You can now tweak the following security parameters on your MX for an IPsec connection to a non-Meraki peer: 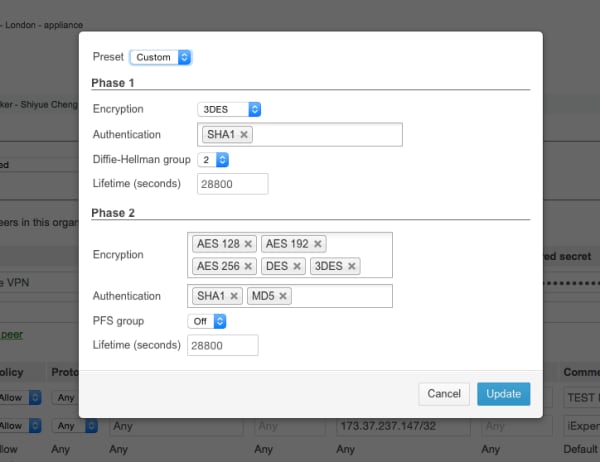 Configuring Phase 1 and Phase 2 parameters from the MX for a VPN tunnel to a non-Meraki peer.

Being able to adjust these settings allows greater VPN flexibility. To modify these parameters, navigate to Configure > Site-to-site VPN in the Meraki dashboard and scroll down to the “Organization-wide settings” section. In configuring “Non-Meraki VPN peers,” note that there is now a clickable link under the “IPsec policies” column. Clicking this link will display modifiable VPN settings. 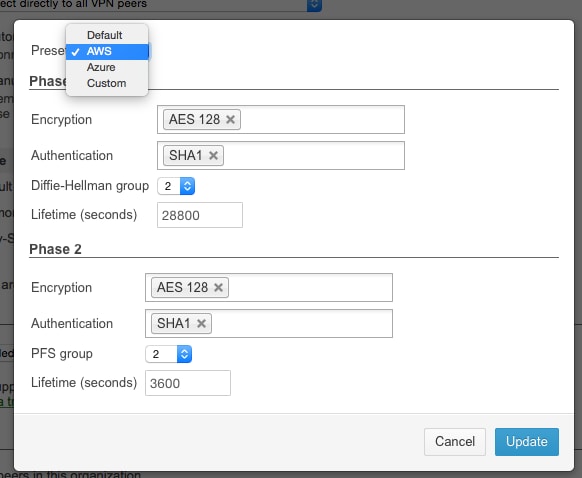 The newly released Cisco Meraki Systems Manager Enterprise gives organizations the ability to ensure the security of devices and the content on them. But what about employees on the go that need access to resources hosted on local networks that are typically retrieved using Cisco AnyConnect, which provides encrypted network connectivity to mobile devices?

With Systems Manager Enterprise, admins can ensure not only that the AnyConnect app is installed on the device, but that the device itself remains in compliance while the AnyConnect app is deployed. Systems Manager Enterprise allows organizations to ensure complete security of their devices. Admins can quickly create new security policies in dashboard or check against existing Cisco Identity Services Engine (ISE) policies; devices must satisfy the defined security policy in order to have settings, content, and apps assigned.

Security compliance policies defined in dashboard are dynamic, meaning that should a compliant device violates its prescribed policy, applications can be removed/added and settings can be modified automatically. Employees use AnyConnect to securely access remote resources, so organizations will want the mobile device they are using to also be secure. For instance, if a device is jailbroken or rooted, an admin can easily create a policy that automatically removes the AnyConnect profile from the compromised mobile device. 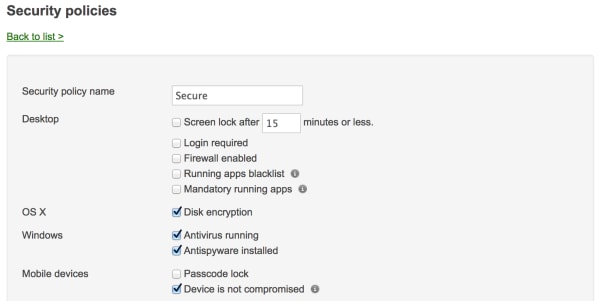 Similarly, if a user installs a blacklisted app, they will be violating the predefined policy and the AnyConnect app will be removed from the device. With this added level of security, the user will no longer be able to use AnyConnect to connect to the VPN on their compromised device, ensuring the security of remote resources.

Changes to the Payment Card Industry (PCI) Data Security Standards (DSS) include a new emphasis on education, awareness, and an approach to security as a shared responsibility. The changes aim to drive implementation of security best practices while providing flexibility for the business needs of an organization. Of particular interest to network administrators, new or updated items require organizations to:

These are just a few of the changes in the 3.0 standards. View highlights of version 3.0 changes in this PCI Security Standards Council document (a table of updated requirements begins on page 5). The complete PCI DSS 3.0 document is available here.

Organizations should keep the PCI 3.0 timelines in mind and consider these as they prepare to undergo the audit process. While the changes in version 3.0 were first proposed in 2013, and the updated 3.0 standards came into effect on 1 January 2014, version 2.0 remains active until the end of 2014. Until July 1, 2015, some of these new requirements are considered best practices only, giving organizations time and flexibility to adapt to the changes. 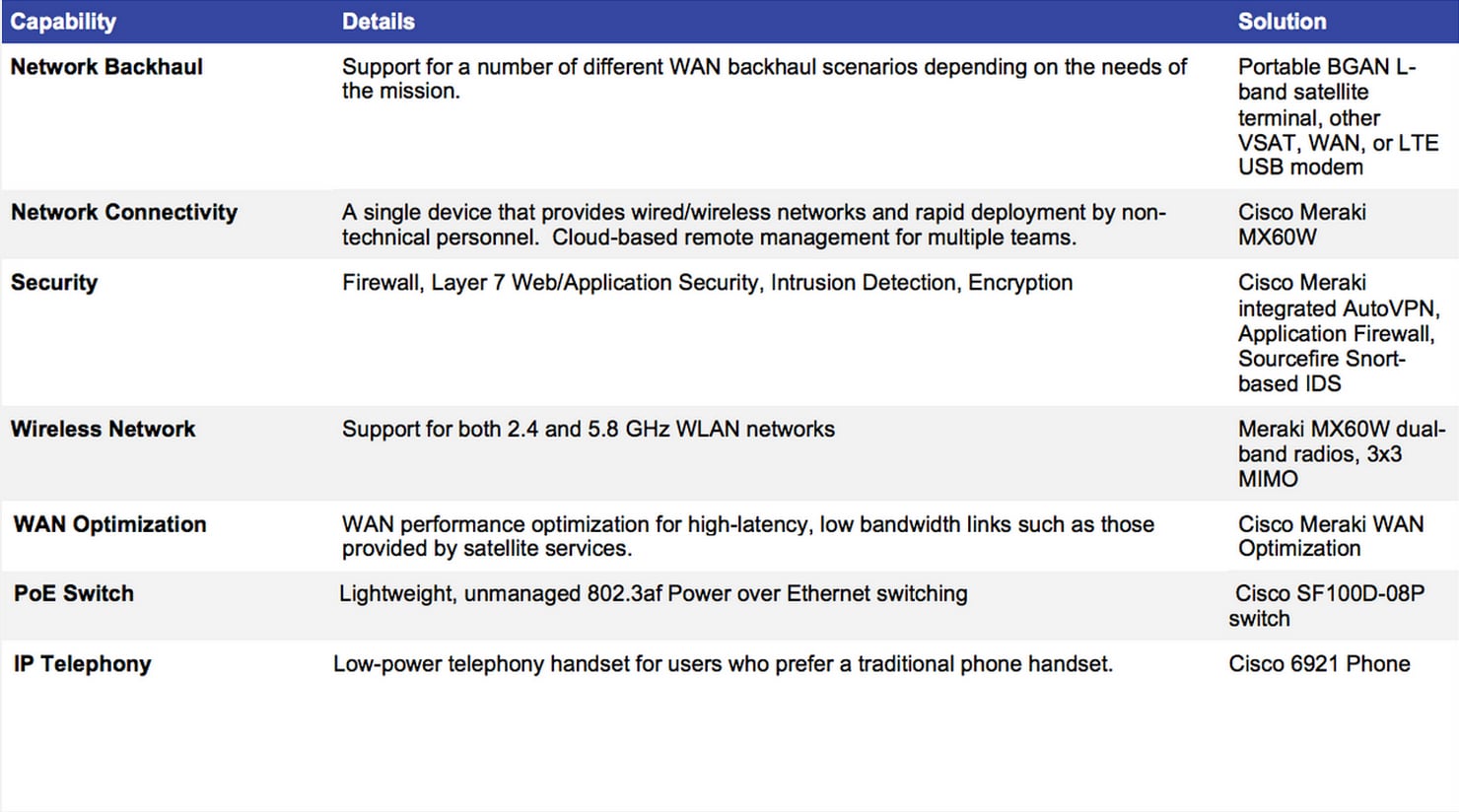 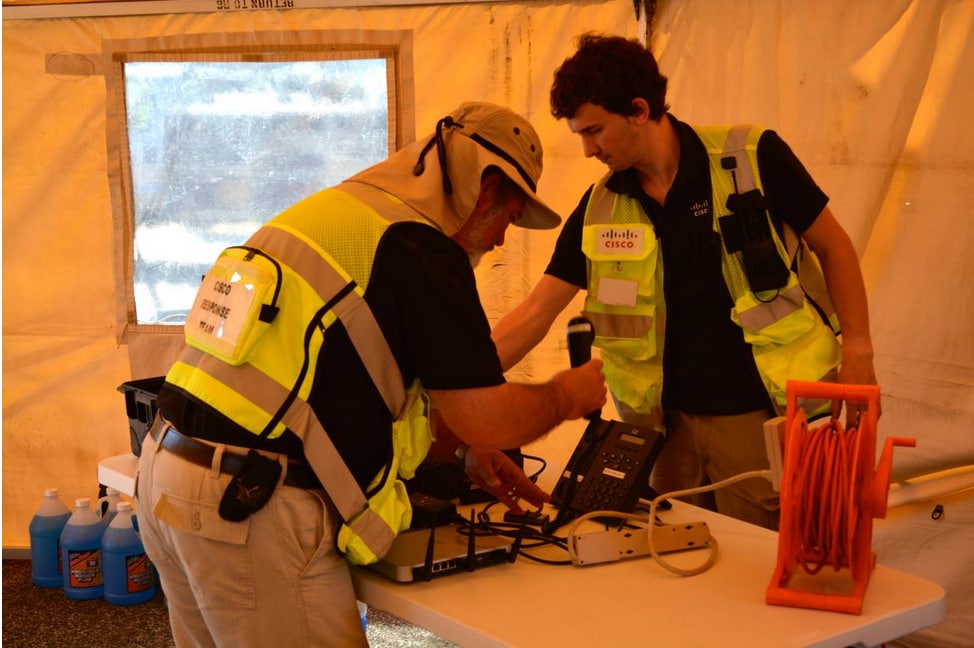 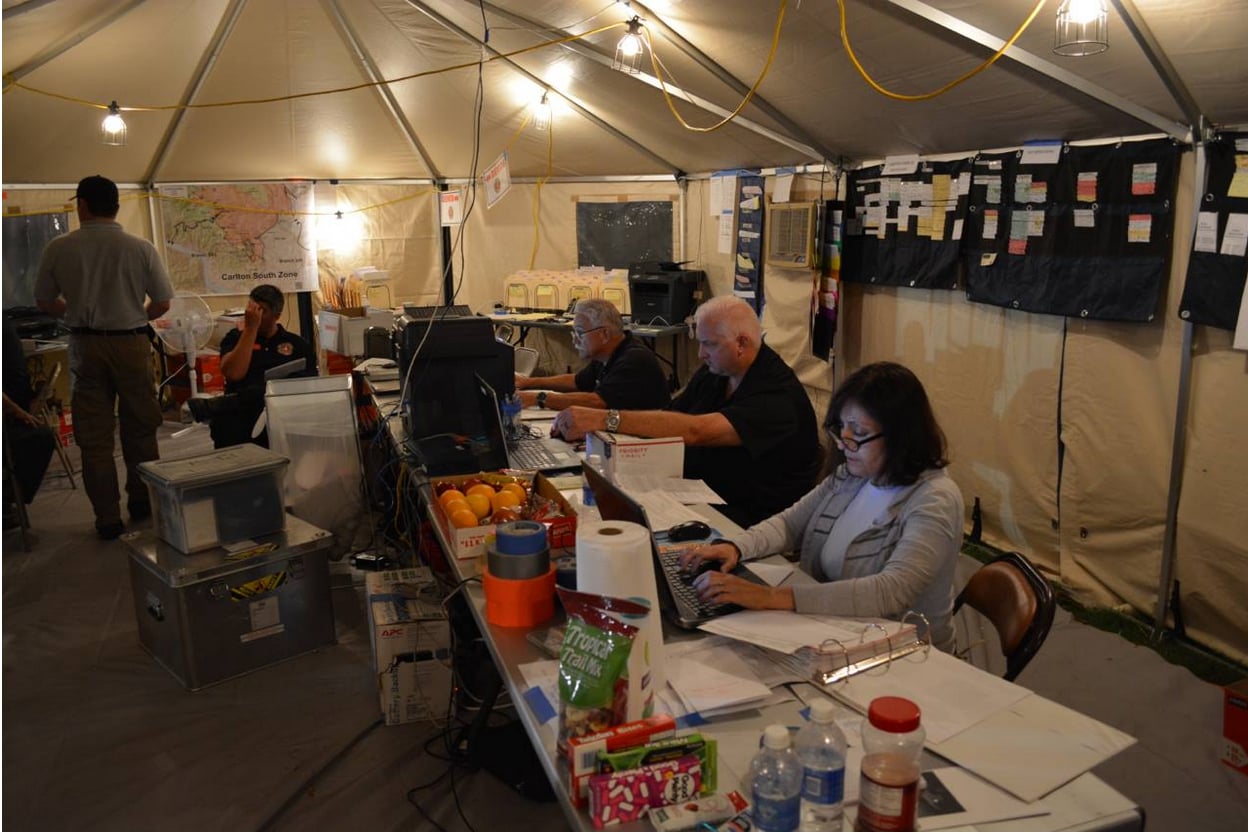 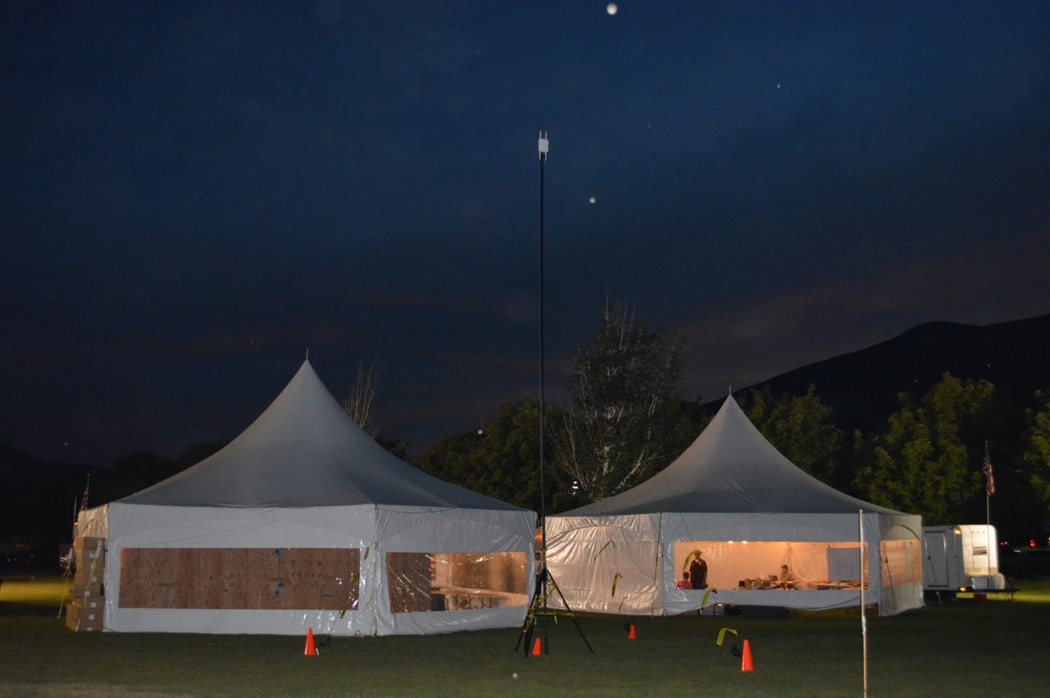 The number of logins for each user in an organization is endless. Each new system, platform, or tool inevitably introduces a new set of logins for users, and it falls to the admin to manage those logins. It is also up to the admin to revoke access as users change roles or leave the organization. Not only must RADIUS or Active Directory be updated, but also any other tools the user had access to. This list is often extensive and can create complexity while also compromising security. We wanted to do our part to assist with this problem, so the Cisco Meraki team has added a feature for streamlining access to the Meraki dashboard: SAML (Security Assertion Markup Language), also knows as single sign on.

SAML eliminates the need to manage additional network-wide logins by setting up a trust relationship between the customer’s identity provider and the dashboard. By doing so, customers can easily access dashboard.meraki.com without having to enter additional credentials, greatly enhancing the user experience. SAML can be configured in the Organization > Settings tab.

Extending the Meraki dashboard beyond IT

With the dashboard integrated into internal corporate services, dashboard tools can easily be extended to other parts of an organization. Finance teams can monitor facility usage to justify spending, marketing teams can align retail location foot traffic with marketing campaigns, and operations teams can optimize supply chain based on customer density. Customized dashboard access can be granted to each of these users groups by specifying the SAML roles. Below we have created a Customer, Engineering, and Marketing SAML role with varying levels of access. 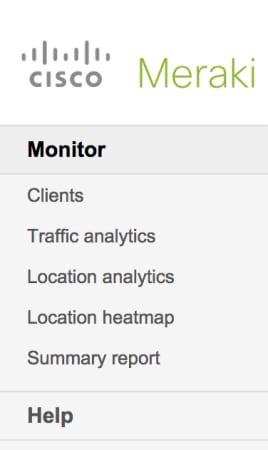 Here is a quick snapshot of what the user will experience when logging into the dashboard using SAML single sign on.

For complete setup instructions, check out the Meraki knowledge base with an overview of SAML setup as well as sample setups for OneLogin and AD FS.

But what if you’re deploying legacy VoIP phones on your network, phones that can’t respond  to authentication requests? Leaving these phones connected through open ports poses a security risk since it’s possible that clients will plug directly into the network through the phone’s Ethernet jack. A typical setup would look like this: 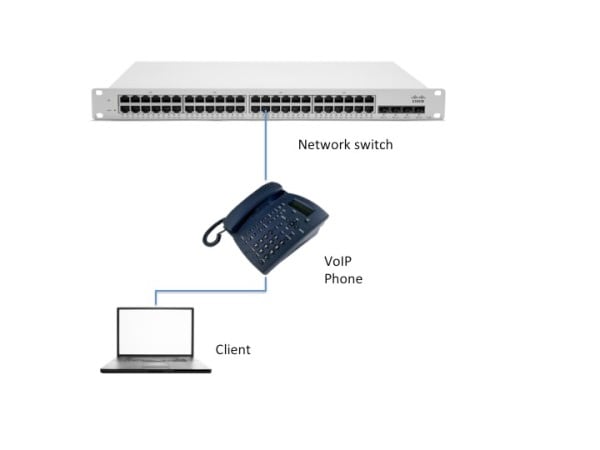 Meraki MS switches neatly solve this problem with the ability to allow voice VLAN clients (i.e. VoIP phones) to bypass authentication, while requiring any devices connected through the phone to authenticate.

To enable this feature, navigate to Configure > Access policies in the Meraki dashboard for your switches. This page is where you define authentication server credentials and the type of authentication required for connecting clients (i.e. 802.1x for username credentials or MAC-based RADIUS for authorized client devices). 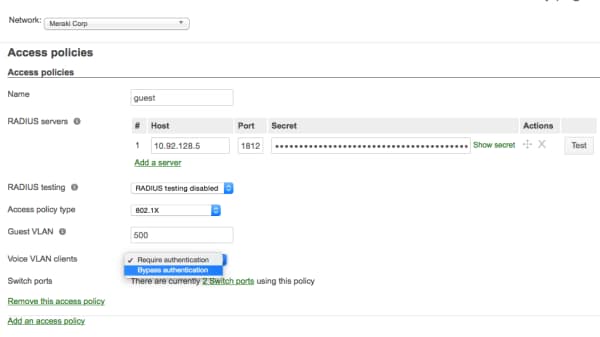 The relevant section here is the “Voice VLAN clients” section, where you can decide whether clients connecting to a voice VLAN (typically VoIP phones) can bypass authentication themselves, or whether they will need to authenticate like any other client.

Simply allow legacy VoIP phones to bypass authentication, but know that clients connected to the LAN through the phone will still be prompted for credentials. This prevents a malicious device from gaining unauthorized access to your LAN via a non-authenticating VoIP phone.

You are currently browsing the Cisco Meraki Blog blog archives for November, 2014.