Customers that manage large-scale, multi-site network deployments love the ease-of-use that’s ingrained into the Meraki experience, including using the dashboard. We’ve now made it even easier to manage deployments that cover dozens, hundreds, and even thousands of locations. Using tags, network admins can easily monitor networks of interest, apply configuration changes, and even synchronize settings between subsets of networks.

We’re not only enhancing the visibility, but also adding even more granular control through traffic shaping by group policy. This means network admins can now apply layer 7 traffic shaping based on a user’s membership in an authentication system, like Active Directory, thus throttling or prioritizing different apps on a single SSID. 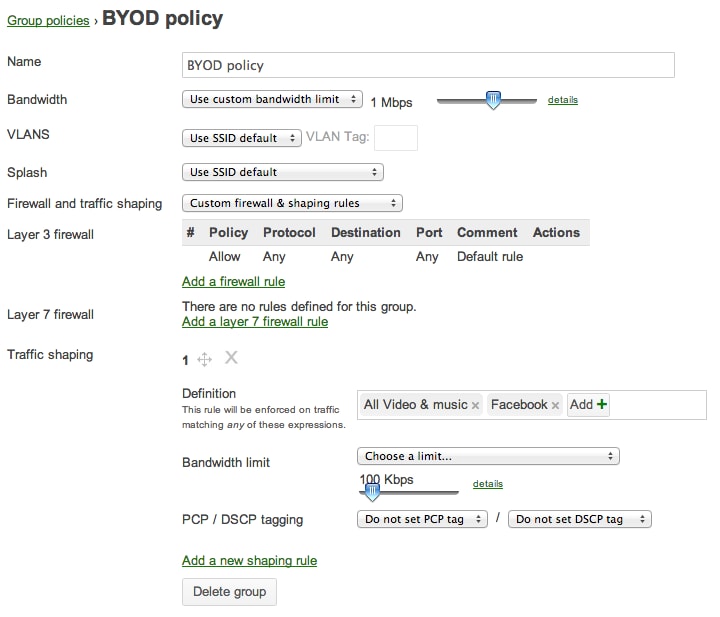 Our integrated Bonjour gateway is now available on wireless APs, and enables seamless support of Apple TVs, printers, AirPlay mirroring, and any other Bonjour server device. Rather than flooding the whole network with Bonjour traffic, the APs forward Bonjour requests from client VLANs on this SSID to VLANs that are hosting Bonjour services such as Airplay, enabling scalable support of Bonjour devices.

We’ll be taking a more in-depth look at some of these features in upcoming blog posts, so stay tuned. For those of you who can’t wait to get your hands on this new release, you’ll be able to upgrade your wireless networks early by calling our support team around the end of next week.