Lots of news on the mobile device front in this shortened week.  On the heels of Google’s announcement of the Nexus 7 came the rumors: Kindle Fire 2, an Amazon phone, and the oft-rumored “smaller iPad“.

While the unfolding Google-Amazon-Apple war is fascinating to watch, it’s creating an explosion of devices that will give administrators fits.  It seems that a lot of people thought that users would coalesce around a single portable device, just as Windows came to dominate the corporate landscape in the ’90s. For a brief shining moment in 2009 it seemed possible: the iPhone would displace RIM and departments could say “OK, we’ll support iOS devices and everyone will be happy.”

And then this happened: 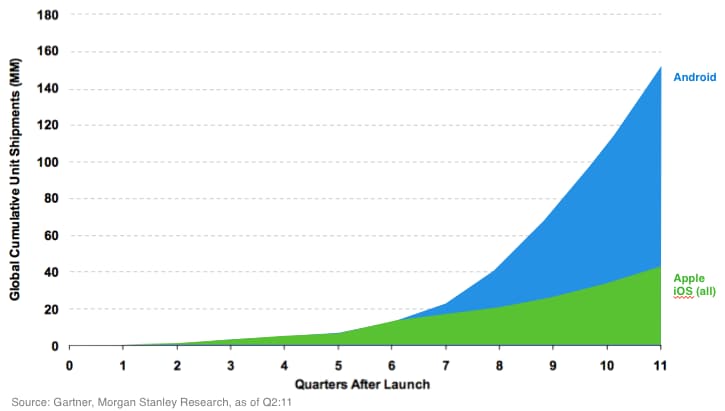 Instead of the nice monoculture people were hoping for, we got near a near perfect division of market share between iPhones and Android phones.  With the announcement of the Nexus 7, we might see the same thing in tablets.  By 2015, Gartner sees nearly the same share between the iPad and Android tablets: 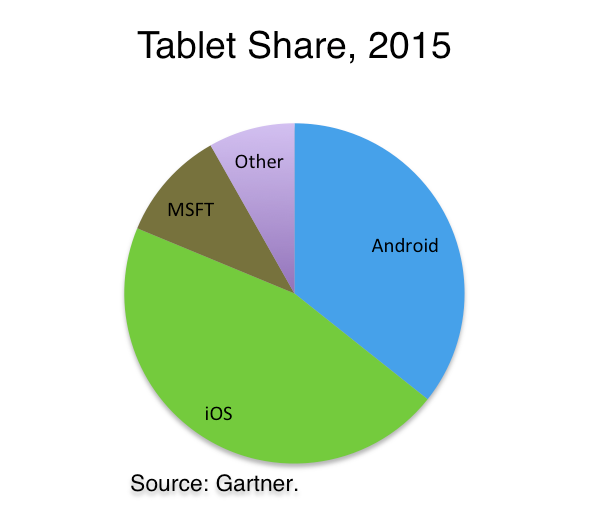 We’re also seeing a trend giving employees more of a say in their work environments.  Many companies in Silicon Valley let new hires choose their preferred platform; some startups, like StackMob, just give newbies a budget to spend however they want.  I took a quick look at Meraki’s internal wireless network (using the Summary Report feature of our Cloud Managed Platform), dumped it into Excel, and: 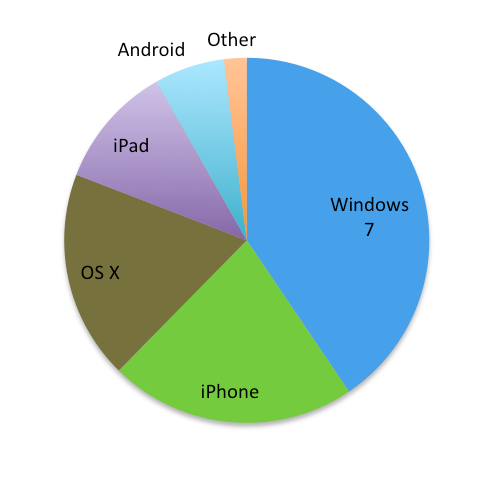 As you can see, we have four distinct OS platforms on the Meraki network. Five if you separate iPads and iPhones – and given the disparities in data use between phones and iPads, that makes sense in many network environments.  Furthermore, these devices are a combination of company-managed and BYOD and we have a guest network where people can log in through a splash page.

The point is that it’s not getting any better.  Not only will we have more devices, we’ll have more kinds of devices on corporate networks, only some of which administrators will control.  And the impetus isn’t just coming from executives.  Don’t believe me?  Ask a typical new college grad about whether they think they should be able to use their personal iPad at their new job.  Generally I get looks of baffled incomprehension – they used their iPad on their campus network so of course the same should be true at their first job!

The monolithic control strategy we used for the Windows/RIM days are outdated; proliferation of devices calls for an approach that is secure, flexible, and adaptive to new client technologies. This often takes the form of a multilayered security model:

Fortunately, Meraki has been working on this and has a slew of tools making device management as painless as possible.  With our unified cloud managed architecture, things like BYOD, mobile device management, and Layer 7 traffic shaping are all controlled from a single point, allowing administrators to deploy more sophisticated solutions across multiple sites.  So let the big boys of Silicon Valley fight it out – no matter what happens, we’ve got you covered.