Less than three weeks into the new year, we’re incredibly excited to kick off 2012 with two major new product introductions:

Together with our award-winning cloud managed wireless LAN, these products enable enterprises to deploy 100% cloud managed networks, adding visibility and control while eliminating the cost and complexity of traditional solutions.

We’re now bringing the ease of use, visibility, and control that made Meraki famous to the edge of the wired network. MS switches are centrally managed through the Meraki dashboard and include an industry-first technology called Virtual Stacking. This enables centralized management of up to thousands of ports regardless of the locations of the switches or the scale of deployment. Of course, the MS switches also support traditional stacking.

In addition to the excellent management tools and ease of use, we’ve built the switches from the ground up to support the high performance needs of the network edge. The switches feature a non-blocking Gigabit switching fabric, PoE available on all ports of the PoE models, and the MS42/MS42P support 10 Gb uplink for stacking and high speed core connectivity.

Learn more about the industry’s first cloud managed switches on our website. 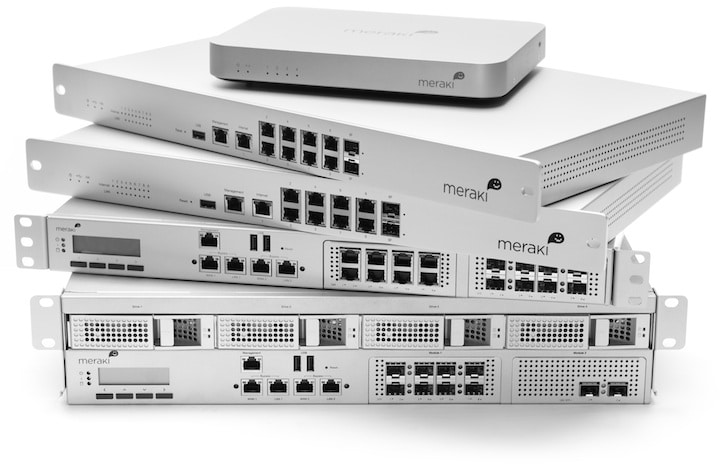 MX Security Appliances are now available in six models that scale from branches to campus and datacenter environments:

We’ve also added WAN optimization to the MX, allowing network administrators to dramatically reduce branch bandwidth consumption and accelerate application performance. Using a variety of technologies, intra-site bandwidth can be reduced by up to 99%. Applications such as Windows file sharing (CIFS), FTP, HTTP, and generic TCP-based applications can be accelerated up to 209X over un-optimized connections.

WAN optimization is configured and enabled with a single click in the dashboard, and it’s included at no additional charge in the MX Enterprise and Advanced Security licenses.

Cloud management for all parts of the network