Alongside Accor North America (ANA), we’re excited to announce the completion of a nationwide WiFi deployment across all of ANA’s Motel 6 and Studio 6 properties. With nearly 10,000 access points spanning 620 properties and covering over 70,000 rooms, the deployment represents one of the world’s largest WiFi installations and is the largest cloud managed wireless LAN on record. It’s a great milestone for WiFi and for travelers everywhere. 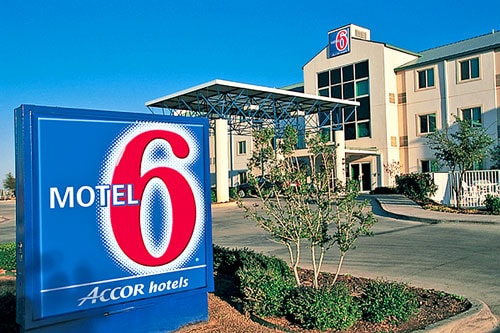 A Motel 6 in Nebraska

Accor North America operates more than 1,100 upscale and economy properties, including economy leaders Motel 6 and Studio 6. ANA sought to upgrade the wireless network for the Motel 6 and Studio 6 brands to the latest 802.11n standard, ensuring that its infrastructure kept pace with its guests’ needs to conduct business, stay in touch with loved ones, and relax with entertainment.

ANA selected Meraki’s cloud managed 802.11n technology to provide its guests with consistent, reliable coverage. Moreover, Meraki’s technology enabled rapid deployment and minimized ongoing maintenance, even at ANA’s large scale. The nationwide rollout was completed in just five months, covering over 620 properties. Each property – up to 600 rooms and 17 buildings – now has complete 802.11n coverage, and up to 35,000 guests use the network each week.

We’re proud to supply ANA with a simple and cost-effective platform that provides value to their guests. Now they’ll not only leave the light on for you, they’ll leave the wireless on as well.