A few weeks ago we featured several laptops from leading vendors that have integrated triple-stream 3×3 MIMO. This means that road warriors and lightweight computing gurus can zip along using WiFi at up to 450 Mbps, provided they connect to an access point such as the Meraki MR24. But laptop users don’t get all the triple-stream glory: Apple’s new iMac also supports triple-stream 3×3 MIMO and 450 Mbps data rates. 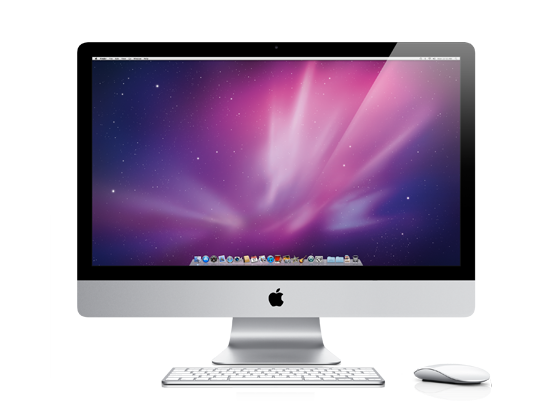 Apple recently refreshed their line of iMac desktop computers. Similar to the new Macbook Pro refresh, the big news was around the Intel Sandy Bridge processors, upgraded graphics cards, and blazingly-fast throughput via Thunderbolt I/O and SSD-HDD caching. But again, Apple quietly slipped in new 802.11n hardware to support 450 Mbps. Our friends at iFixit wasted no time to bring out their suction cups and pull off the iMac’s beautiful glass screen. 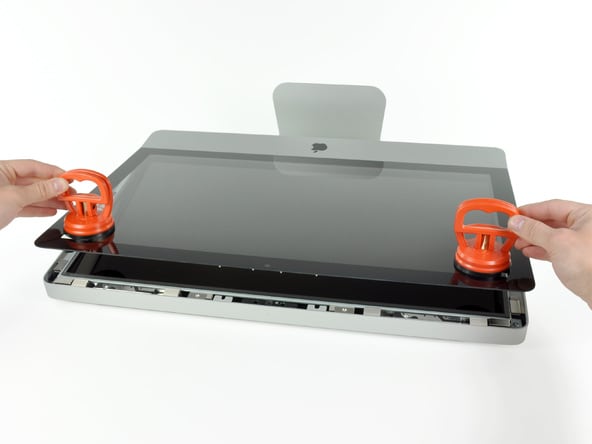 Removing the glass from an Apple iPad

Next to the optical drive is the WiFi module. Apple uses the Atheros AR9380, which supports triple-stream 3×3 MIMO and 450 Mbps with a PCIe interface. The close-up view of the Atheros module reveals its three antenna ports – necessary for 3×3 MIMO. 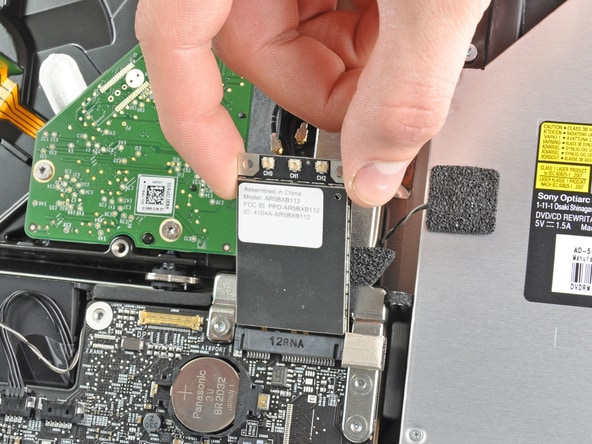 WiFi module inside the Apple iMac 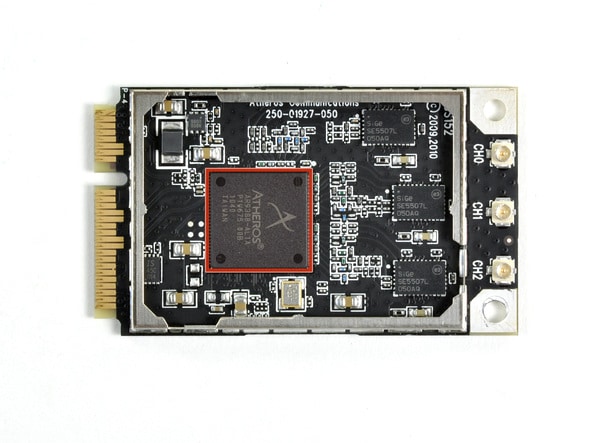 As 3×3 MIMO becomes even more popular, we expect other manufacturers to continue this trend and integrate it directly into their hardware. Let us know if you’ve found other desktops with integrated triple-stream 3×3 MIMO.

Do you know what impact iPads are having on your wireless network? Meraki’s Client Fingerprinting automatically recognizes and categorizes Apple iPads. Network administrators can see the iPads on their network and, just like with all other client devices, can see how much bandwidth they consume and what applications they are using.

To see those iPads, just search for “ipad” in the list of clients. This is an example from one of our customers’ networks: Over the past month, 101 iPads connected to the network, and they transferred just over 67 GB in total. These search results are sorted by usage, so the top results listed are the iPad clients that consumed the most bandwidth. 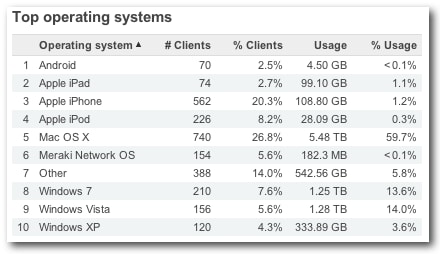 Once you’ve identified the iPads on the network, it’s also very easy to drill down and see what applications are being used on iPads, and which ones consume the most bandwidth. This example, from one of our customers running a network in a public area, shows an iPad that used over 3 GB of data in one month’s time. Over 75% of that was due to music and video consumption, and the tooltip shows Google Video alone accounted for more than 800 MB of the 3 GB.

Usage details of one iPad user

If you have already deployed a Meraki wireless network, see for yourself what impact iPads are having on your network. If you’d like to learn more, don’t miss our free webinar on integrating iPads into wireless networks on Thursday, May 26 at 11am PT. Register for free here.

Meraki customers know the power of client visibility. We provide great granularity into your network to make identifying clients or devices simple – and we want to continue to WOW you! Starting today, Enterprise users will get live status information when viewing the list of connected clients. You will see information such as a real time signal strength bar, packets sent and received, channel information, and association state.

Networks today are full of information and getting visibility into it is key. Seeing real time signal strength for a device makes the job of the IT administrator that much easier. This will be one of many new “live” tools you will see us roll out over the coming months.

Meraki is committed to providing great products, and we welcome your suggestions and feedback. Our users requested this feature, and we take your input seriously.

This week at Interop in Las Vegas, Cisco announced their new controller, the Cisco Flex 7500 Series, which they call a cloud controller. Clearly, Cisco agrees that cloud architectures and approaches are here to stay, and customer demand for cloud networking is simply too great to ignore. We must admit it’s flattering to see Cisco and the rest of the market move in this direction.

Cisco’s new Flex 7500 Series is the right first step in the long road to implementing a cloud-based solution. The principal benefit it provides is in reducing the number of hardware controllers required in Cisco’s branch networking architecture. Prior to the Flex 7500, deploying into a branch architecture required installing and managing a hardware controller at each branch location.

The Flex 7500 is designed for distributed branches, such as retail stores, and requires that it be installed at the headquarter location, while APs are deployed in the branches. So in essence, the Flex 7500 is an out-of-band wireless controller, but it is still a hardware controller, and the customer must purchase it, deploy it on premise, configure it, maintain it, etc. For most people, calling it a “cloud controller” is a stretch. It lists for $47,995, and high availability configurations likely require two Flex 7500 controllers.

Curiously, some basic features are missing in the Flex 7500, such as wireless mesh support, policy firewall, and voice/video prioritization. A true cloud solution not only provides those features, but also provides a full cloud experience, including:

You can read more about Cisco’s announcement on TechTarget.

Ultimately, the new Cisco Flex 7500 is an unequivocal validation for cloud networking in general. If you haven’t had the full experience of Meraki’s Cloud Controller, you can get a live demo right from our website. We also encourage you to compare and see how much you can save with Meraki compared to Cisco: http://meraki.com/tools/cost_calculator/.

Active Directory has become the industry standard authentication server for most enterprise network deployments today. Meraki cloud-managed APs have always been able to integrate with Active Directory using RADIUS, by enabling Microsoft Network Policy Server (or Internet Authentication Service, depending on which version of Windows Server you are running). This satisfies the needs of most enterprise deployments, and RADIUS can actually be used with Meraki to communicate with any type of authentication server that speaks RADIUS, including LDAP.

If your network does not require the additional configuration options provided by RADIUS integration, there are certain advantages if the APs can communicate directly with Active Directory without a RADIUS server playing intermediary. Using Meraki’s native AD integration eliminates the need to configure Microsoft NPS (or any other RADIUS server) for AD integration. Also, for multi-domain forests, for example a school that has one domain for faculty and another for students that is using sign-on splash authentication, users must remember to include their domain with their username, which can easily be forgotten. Or alternatively, a complex hierarchy of RADIUS proxy servers or custom scripts might be required to make the log in process easier for the user. These steps aren’t necessary when using native AD.

With our latest firmware upgrade (being rolled out to Enterprise customer networks now), Meraki wireless networks now feature native Active Directory and LDAP integration with Sign-On Splash. It’s incredibly easy to deploy. When the network sign-on method is configured as Sign-on splash page on the Configure -> Access Control page, you will now see two new options under the Authentication Server drop-down selector, “Use my LDAP server” and “Use my Active Directory server”. If you don’t see these options, then you have not yet been upgraded to our most recent firmware version, so keep an eye out for a Dashboard notice about a pending firmware upgrade in the next 1-2 weeks and then give it a try. 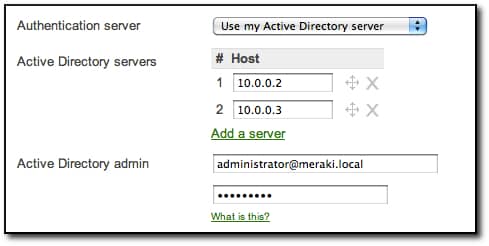 LDAP works the same way and is just as easy to configure. And you’re off and running with native Active Directory authentication!

Earlier this year we introduced the Meraki MR24 access point. Clocking in with a 900 Mbit/s aggregate data rate, it’s an unbeatable AP for high-performance and high-density deployments. Each radio can reach up to 450 Mbit/s. Naturally, connecting to the AP at this rate requires a client device that is also capable of handling triple-stream 3×3 MIMO.

Even if a computer doesn’t support triple-stream 3×3 MIMO, it still benefits from the 3×3 access point, since clients that do connect at the fastest rates are served their data more quickly, and thus get off the air to leave more time for the slower clients. Additionally, the access point’s three transmit and receive antennas will improve the range and link reliability at long distances.

There are already many devices supporting 450 Mbit/s 802.11n, mostly based on Atheros, Intel, or Broadcom chipsets. Below are some readily-available laptops with integrated triple-stream 3×3 MIMO support. Some lucky readers probably even already have some of these!

Apple refreshed the Macbook Pro line in February with two 13″ models, two 15″ models, and a 17″ inch model. The big news with the new models focused on the Intel Sandy Bridge processors and blazingly fast Thunderbolt I/O system. But they weren’t the only new, blazingly fast components. 802.11n support for triple-stream 3×3 MIMO was also introduced, though much more quietly. Anandtech and iFixit teardowns show a Broadcom BCM4331 WiFi module inside, and tests showed it does connect at up to 450 Mbit/s. 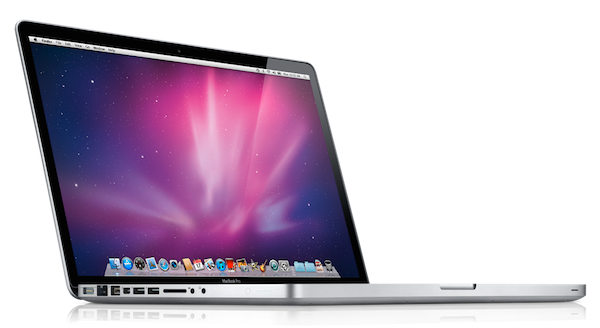 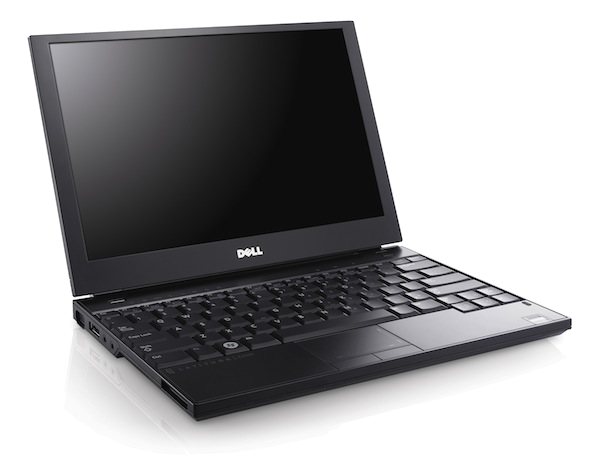 HP has a broad selection of laptops for the home, small business, and large enterprise markets. Among these, there are several popular enterprise models that include triple-stream 3×3 MIMO: the EliteBook 8740w, the EliteBook 8540w, and the EliteBook 8440w. These units also have Intel 6300 series chipsets. 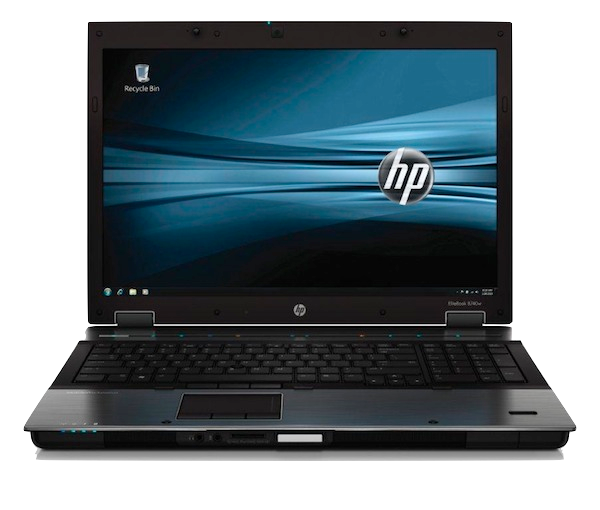 An obvious heavyweight in the enterprise laptop space, Lenovo has several models with triple-stream 3×3 MIMO support. Notably, their X201 and W500 models include it, both using Intel 6300 series WiFi chipsets. 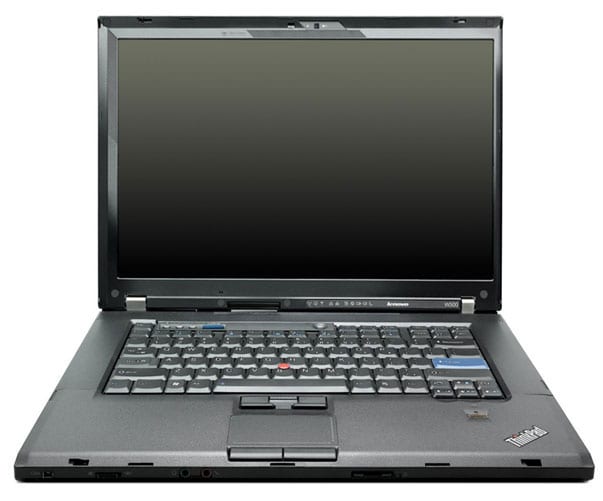 When connected to a Meraki MR24, data transfer to these laptops will be blindingly fast. If you have another laptop with triple-stream 3×3 MIMO, we’d love to hear about it.

You are currently browsing the Cisco Meraki Blog blog archives for May, 2011.