Meraki administrators utilizing per-user bandwidth limitations now have a new tool at their disposal to ensure that their wireless users have the best possible experience while preventing any one user from hogging bandwidth.  Introducing SpeedBurst, a new feature that allows users to temporarily exceed their bandwidth limit at the beginning of a download while staying within assigned limits over time.  This makes downloads feel speedier and network performance snappier.

You can enable SpeedBurst by using the checkbox that can be found under Configure -> Access Control in the Bandwidth Limit section (see screenshot below).  The checkbox will be grayed out if bandwidth limits are not in use. 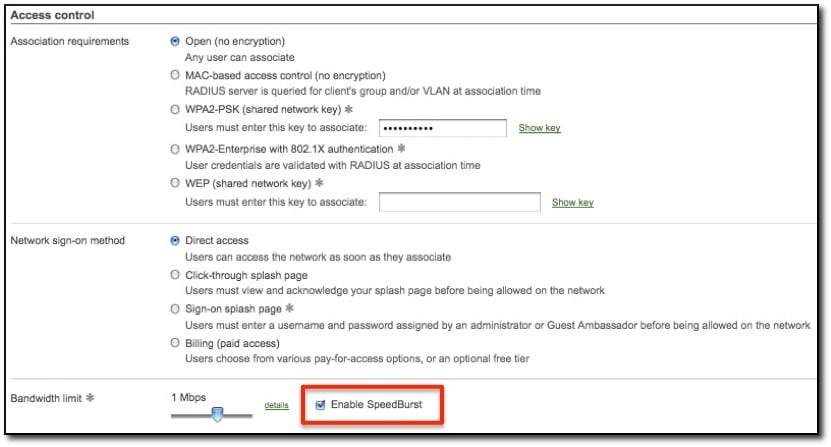 SpeedBurst is a great for guest access or event networks where end user experience is critical while at the same time equal network performance for all users is required.  We’ll be rolling out SpeedBurst to Enterprise and Pro Meraki networks starting today.

Last week we held the 2010 Meraki Enterprise Customer Summit, or ECS.  ECS is an opportunity for us to show our appreciation to our Enterprise customers in person by hosting them for a two-day event in San Francisco.  At the same time, it allows us to gather valuable feedback firsthand about our product roadmap as well as support and marketing activities.  In addition, it allows prospective customers to mingle with current customers and learn about their experience deploying Meraki networks and their IT challenges that led them to seek out a better solution.

This year’s Summit brought together customers and prospective customers from all over the country from a wide range of industries including manufacturing, professional services (law and architecture), healthcare, higher ed, K-12 and libraries.

Sunday’s activities included a wine tour in gorgeous Sonoma Valley, where we tasted wines and olive oils at some of the most scenic vineyards in California wine country.

Monday brought a full day of discussions at Meraki HQ, including presentations by the customers themselves about their own organizations’ IT challenges, followed by discussions led by members of Meraki’s product management, marketing, engineering and support teams.  The day was capped off by a fantastic dinner at a nearby Vietnamese restaurant in San Francisco.  A good time was had by all, professional networks were expanded and great ideas were discussed. 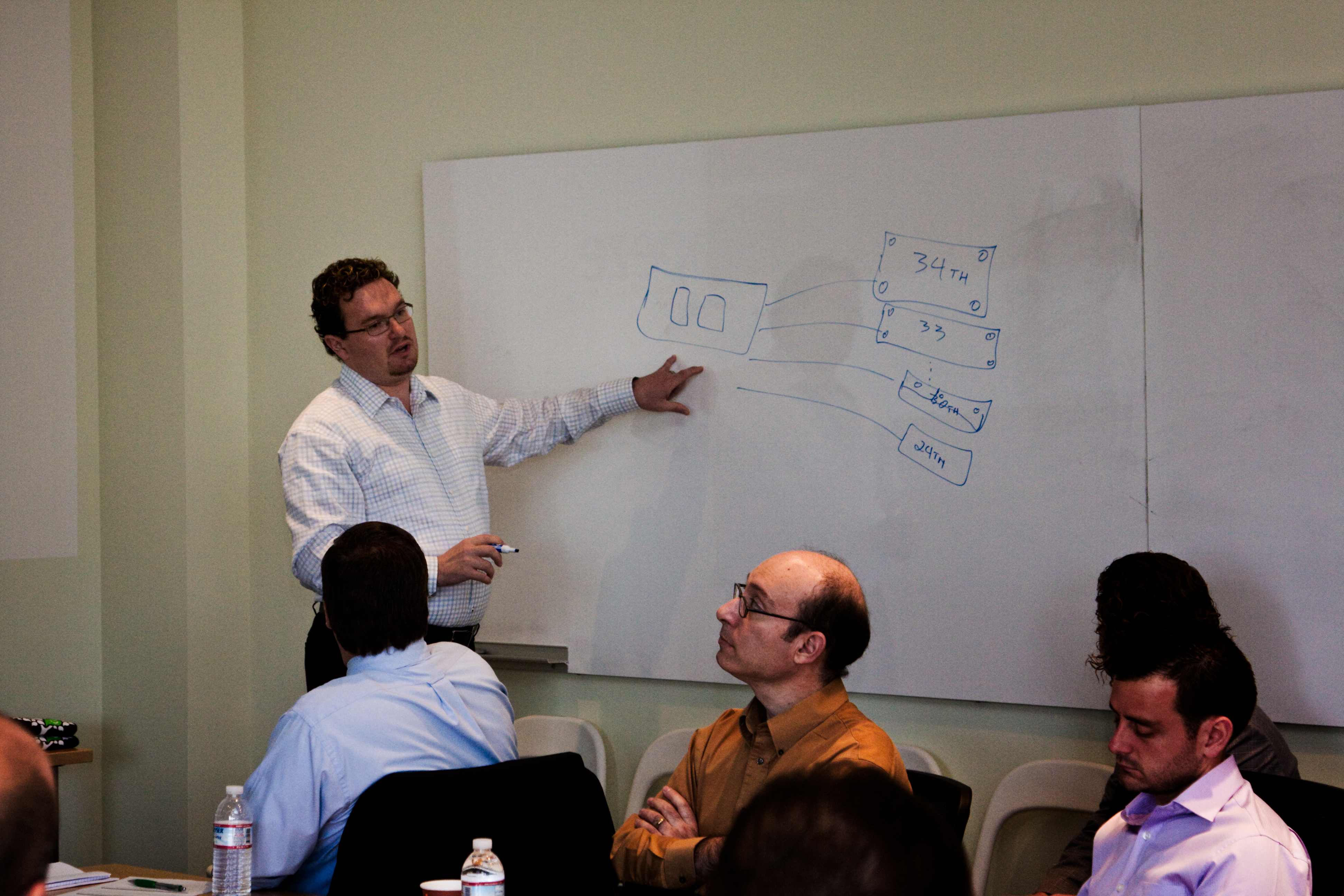 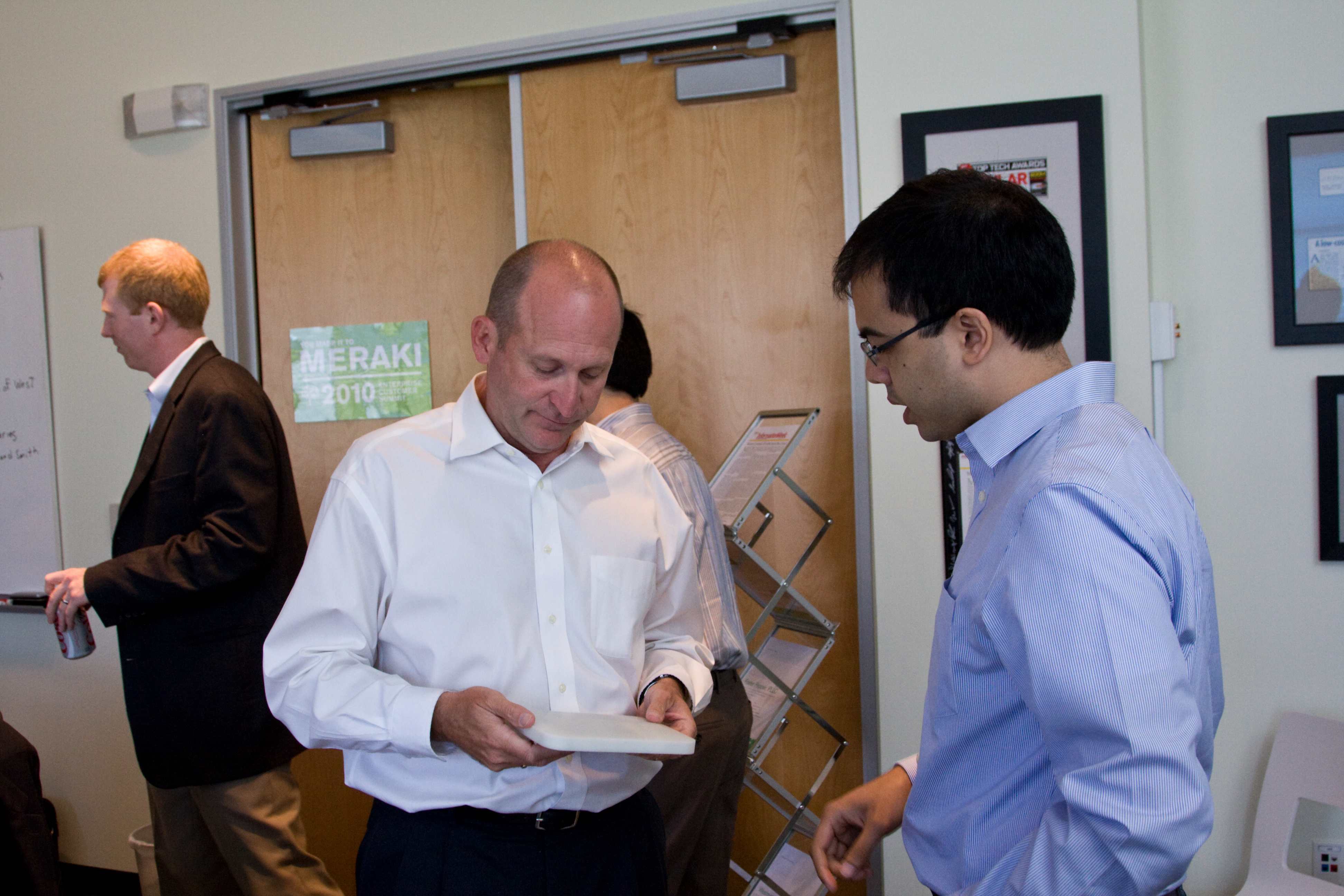 We’d like to thank all of our customers that took time out of their busy schedules to join us for this event.  All of our other customers will certainly benefit as well as the great feedback that we received is incorporated into our products to further improve the Meraki experience. 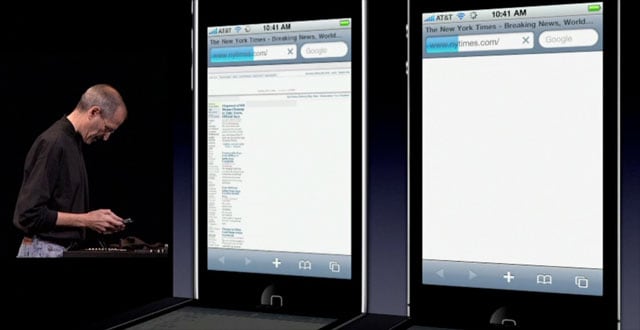 “The networks in here are always unpredictable, they are slow today…  you could help me out if you’re on Wifi if you could just stop.”

In a previous life, as an engineer at Apple, I demoed the new networking technology I’d built in front of a few thousand developers at Apple’s World Wide Developer Conference (WWDC). I was showing off our zero-configuration networking platform, called Bonjour, which involved throwing together a dozen devices on stage and having them instantly talk to each other. Back then, the rule was clear – never, ever rely on the wireless for a high-stakes live event!

Sadly it seems that little has changed. At last week’s WWDC, Steve Jobs’ new iPhone crapped out trying to load the New York Times over WiFi. I’m not sure which happened first – shutting of the WiFi for conference attendees in an attempt to get the demo back on track, or a head rolling somewhere at Apple HQ – but either way, the aftermath wasn’t pretty.

While this was perhaps the most visible conference WiFi fail, it is certainly not the first. Twitter’s Chirp, Facebook’s F8, Google/IO, and scores of other tech conferences, with large audiences of power-users crammed in one big hall, all had their issues. These environments are challenging, for sure, but the issues that bring down these networks are, by and large, preventable. (See, for example, the fine work by our friends at British Telecom at Le Web – 2,400 concurrent users in one hall pushing 300mb/s!) If you’re serving high-density, high-bandwidth environments, here are a couple of tips:

Bandwidth Limits
The pipe to the internet needs to be shared amongst a large group of people, so one of the most crucial aspects is setting an appropriate bandwidth limit per client. This keeps internet access consistent for all users, and prevents one hog from ruining the experience for all. A real-time management console (like ours!) makes it very easy to set a per-client bandwidth limit, and to monitor the number of clients on the network and the overall bandwidth usage, so you can adjust as needed. Of course, you’ll want to exempt VIPs (think Steve Jobs) from these limits. With our platform, this is easy – either whitelist their MAC address, or create a separate SSID (aka virtual network) that isn’t subject to a limit, with access control locked down to VIPs only.

Dual-Radio 802.11n with Band Steering
802.11n provides much faster speeds than its predecesor, 802.11g.  But not all 11n APs are created equal. Most 11n client, including laptops and iPads, can operate at either 2.4Ghz or 5Ghz (a clean, wide-open spectrum), whereas older clients and iPhones only operate at 2.4Ghz. Also crowding 2.4Ghz are bluetooth headsets, microwave ovens, and cordless phones. A dual-radio access point can operate at 2.4Ghz and 5Ghz simultaneously. To reduce interference, we’ll want to clear the 11n devices off of 2.4Ghz. An AP like our MR14 that features Band Steering will proactively steer 11n clients to the 5Ghz radio, reducing contention amongst the legacy devices on the 2.4Ghz radio. Finally, you’ll need an AP with an enterprise-grade chipset to support high user densities, like BT did at Le Web with 100+ users per AP.

Optimize Channel Selections
Think of the wireless spectrum as a multi-lane highway. You’d never cram 100 cars into one lane while leaving the others empty, yet this is exactly what happens if you have APs nearby one another on the same channel. It takes more than just putting APs on different channels  to fix this, though. Some channels actually overlap, while others may be occupied by other devices that are out of your control. With typical wireless systems, this can be addressed with site surveys and optimization by a wireless technician. Alternately, in our cloud-managed solution, each AP monitors the airwaves around it, uploading interference data to the cloud. Our servers then analyze this data, along with performance metrics and usage information, and compute the optimal channel configuration and push this down to the APs. This process repeats continually, so the network stays optimally configured even as RF conditions change.
Real-time visibility and support
Over the course of a major conference, conditions can and will change. Being able to monitor bandwidth consumption, identify overly high-density areas, and receive real-time alerts if anything goes awry is immensely helpful. We’d watch our dashboard over the web to monitor bandwidth usage, and ratchet down the per-client bandwidth limit if needed. We also like our dashboard’s display of APs by usage – if we see some being overtaxed, we’ll just plug in another to share the load. It’ll automatically connect to the cloud controller, download the correct configuration, and join the network. And if an unruly attendee unplugs an AP, we’ll get an automatic alert.

I hope some of these tips help you plan for big events. Have any tips and tricks that you’d like to share? Let us know!

You are currently browsing the Cisco Meraki Blog blog archives for June, 2010.