Highlights
Gold Coast college simplifies its IT environment for 1200+ students and teachers
Intuitive dashboard makes it easy to manage all the APs, MX, and SM in one place
IT team transformed into a value-added department from firefighting issues 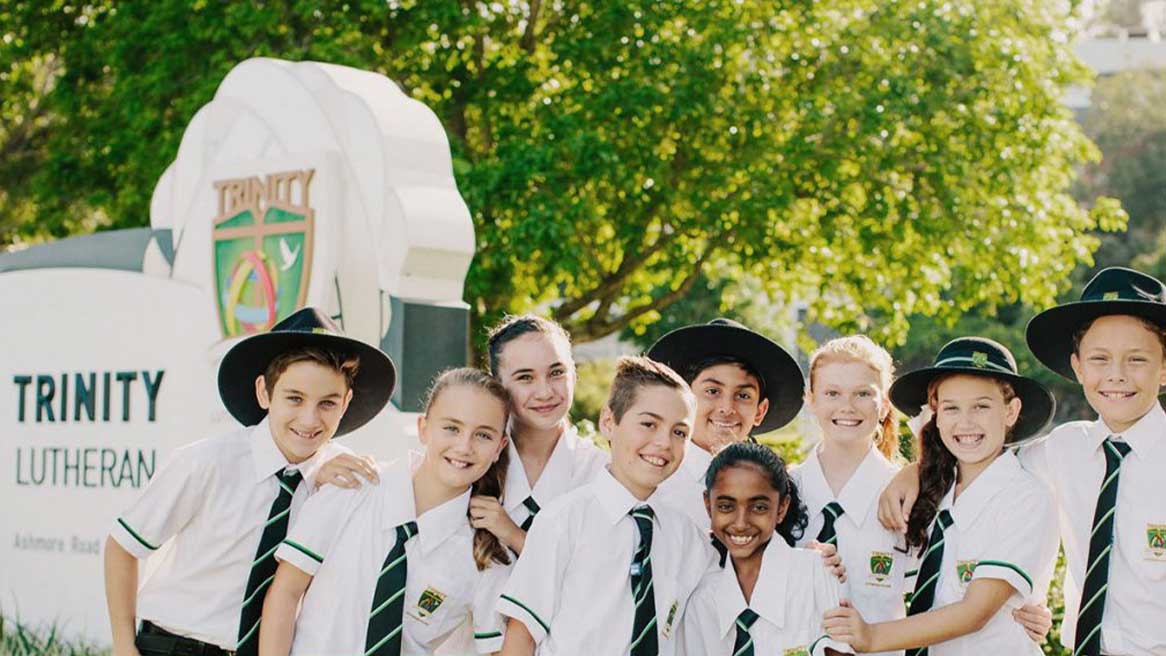 Located on the Gold Coast in Queensland, Trinity Lutheran College is a kindergarten to year 12 Christian co-educational college and an International Baccalaureate World School for the Primary Years Programme. The college is a vibrant community that teaches students to become compassionate, creative and resilient citizens.

The college spans two campuses and supports 1200+ students and teachers, who rely on the network for a wide range of essential services and applications. Howard Cooper, ICT Manager at Trinity Lutheran College, selected Cisco Meraki to  streamline the college’s complex technology infrastructure into a single, easy-to-manage solution.

We’re actually going to the business now and asking for executive direction on projects that will really add value to the school’s brand and to the learning outcomes for the students, because we’re not firefighting the platform anymore.Howard Cooper, ICT Manager, Trinity Lutheran College

With a two-person IT department, Howard found it difficult to manage the college’s network prior to Cisco Meraki. The firewalls, wireless network, and switching were performing inconsistently. “It always felt a bit nerve-wracking going in there and making changes. Similarly with the access points (APs), we didn’t have much visibility over them. It was very uncertain as to whether we had any congestion or misconfiguration,” said Howard.

The endpoint management solution also created another point of friction. “It was quite proprietary and not intuitive. Some of the team would struggle to perform simple tasks. Whenever updates came out for iOS, it was a real nightmare. At some points in time, we didn’t have the right apps on the right devices, which interrupted teaching,” explained Howard. Seeking to improve the technology ecosystem, the team determined that simplicity was the top priority for network redesign moving forward.

The reasons why I like the Meraki interface are because it’s all in one place, it keeps a log of changes that you’ve made, and it does a sanity check on the changes that you’re about to implement.Howard Cooper, ICT Manager, Trinity Lutheran College

Eliminating Complexity with A Single Pane of Glass

Howard decided he needed a simple, reliable, and highly available network solution. After assessing various options, he deployed 93 Meraki APs and a Meraki MX security appliance across the two campuses. “You literally plug them in, and suddenly you’ve got wireless network available for use,” recalled Howard. The MX device includes a firewall, AutoVPN, Threat Management, and SD-WAN which is a new approach to network connectivity that reduces operational costs and improves resource usage for multi-site deployments.

One of the biggest benefits of having a Meraki solution in place was that everything was visible and managed via the cloud-based dashboard. “What went hand-in-hand were that some policies and settings created for the firewall could be easily applied to the APs,” shared Howard.

The Entire School Network at Your Fingertips

The MX gives Howard full visibility into the network, even down to application usage by clients and APs. These insights, along with a host of powerful management tools, are available remotely through the web-based dashboard. Howard particularly appreciates the intuitiveness and flexibility of the dashboard interface. “If you don’t have staff with CCNA/CCNP, it doesn’t really matter.” he explained. “There wasn’t a massive impact when I replaced some employees after a few left. I didn’t need in-depth firewall or switching skills all thanks to this solution.”

When it comes to troubleshooting, Howard often makes use of the heatmap tool, which depicts real-time network traffic at each campus, and allows the IT team to get traffic insight at any specific time. This enables the college to deploy more APs in areas that need them, or relocate classes to spread the load more efficiently across existing devices. “You either have network visibility at your fingertips or you don’t,” said Howard. “With Meraki you do, and it just makes it a lot easier.”

Managing end-user devices is now a breeze with Meraki System Manager. The college has 140 licensed endpoints, which were pre-configured for rapid deployment. “Before we even received the devices, we were able to tag them,” explained Howard. “When we took them out of the box and connected them to the Wi-Fi, the device already knew it was part of our network.”

It’s very customisable. The real power of this is to be able to monitor and give people access to what they actually need.Howard Cooper, ICT Manager, Trinity Lutheran College

An IT Team That Adds Value

By deploying a full stack Meraki solution Trinity Lutheran College was able to simplify and streamline their network infrastructure, with robust wireless connectivity to all sites, even with limited IT support. This has allowed the IT team to focus on adding value to the school’s brand, rather than fighting fires.

“This has made my job and the job of my team a lot easier,” concluded Howard. “This stuff takes care of itself. It’s there, it’s available, it works, it’s reliable, it’s easy to work with, and you don’t need specialised skills.”