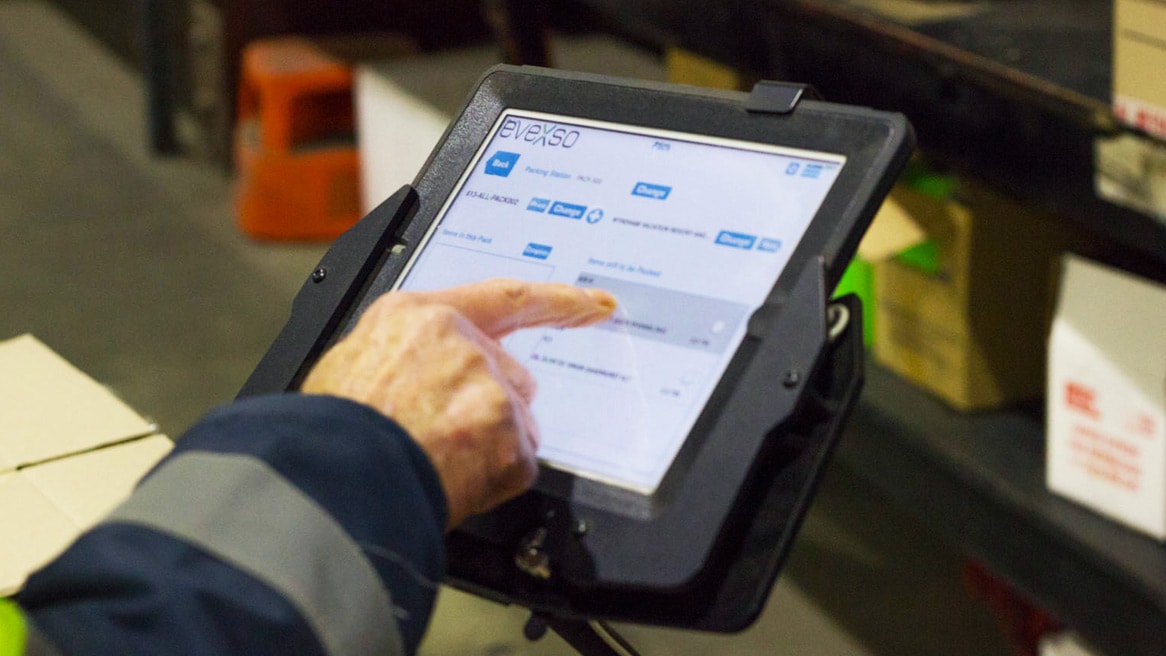 Sealanes, a food services and logistics company based in Western Australia, uses the Meraki cloud managed full stack to monitor and manage the wired and wireless networks at its four sites. Providing seafood and packaged food goods to hotels, resorts, hospitals, restaurants, and navies, just to name a few, is Sealanes’ area of expertise. Exceptional operations across its four sites ensure that fresh food is packaged and delivered efficiently and in a timely manner. Jim Catelli, a Systems Administrator at Sealanes, works on all IT-related matters, along with two other support staff.

If it has a power plug, we look after it. Meraki has made looking after these devices much easier.Jim Catelli, Systems Administrator, Sealanes

With a small number of IT staff on deck and big responsibilities, the team has had to evolve into a dynamic and creative force, and Meraki has been a perfect extension to the team.

When the Sealanes IT team first started exploring Meraki, they were initially looking for an MDM solution to integrate into their organization. Systems Manager immediately captured their attention as they needed a solution that could be set up and functioning quickly, in just a day or two. The process of enrolling devices in Systems Manager and configuring settings turned out to be so easy that the team decided to see what other solutions were in the Meraki portfolio. The team quickly realized that unlike the other vendors they were assessing, they would be free from using complicated CLI and everyone would be able to manage the network like an expert with Meraki. Soon enough, the team was evaluating MR Access Points and then replacing every legacy AP they could find with one from Meraki.

Though the warehouse mobile device infrastructure was an initial concern for the team, this quickly dissipated once they saw how smooth the transition to Meraki was and how well the new wireless network performed, even with over 50 end devices being used at once. Jim installed most of the APs himself within a week, with the other devices at some remote locations being mounted by non-technical employees on-site. Jim would climb onto the roof with an AP and Macbook Air in hand, plug in the AP, test it on the laptop, and move on to the next one. All of the APs were pre-configured in the dashboard and the settings were automatically downloaded from the cloud once power was turned on, making them simple-to-use, plug-and-play devices.

Next, the team installed an MX Security Appliance to load balance so the warehouse application would never stop working. Once again, Sealanes IT was impressed with how seamless the network transition was, from configurations to deployment to the instant visibility via the web-based interface. The team is exploring the popular and easy-to-use site-to-site VPN feature, hoping to implement secure communication and internal sharing across its four locations.

Lastly, to complement the other Meraki networking products across Sealanes’ facilities and to replace aging switches, the team installed 8 MS Switching devices. By having port-level visibility, live tools, and flexible configuration capabilities like virtual stacking, the team has been able to find the root of problems quickly and tackle them with ease. Gone are the days of difficult device setup, lack of visibility, and complicated CLI.

With technology advancements impacting every industry, food services is certainly not exempt. Sealanes made a decision to steer away from the traditional paper-picking system and the company saw a big opportunity to improve the previously tedious and highly manual system. They created an in-house mobile application to help warehouse employees receive orders, select items by following a customized map, track inventory, and manage receivables, all supported by Meraki wireless and MDM.

Today, warehouse iPads are mounted on forklifts in ruggedized heated cases that can withstand freezing temperatures and other extreme factors. This enables all warehouse employees to use these mobile devices anywhere throughout the warehouse floor without restrictions. Once an order comes in, a picker can see the list of items, and follow a calculated path to save time and pick items up by bin number. The team also uses iPod touch devices, connected to the Sealanes corporate SSID, with barcode scanners to scan all received orders into the system in order to associate them with the right bin locations. Sealanes receives up to 2000 orders every week and with the upgraded technology platforms, the team has already realized significant paper and other cost savings.

While these mobile devices are connected to MR APs, they are also enrolled in Systems Manager, giving the IT team increased control over the devices and users. To prevent warehouse staff from using the iPads and iPods for purposes other than the in-house warehouse picking app, IT uses single-app mode to lock down the device so users cannot flip between different applications. With the Meraki future-proof solution, new features are continuously added to the dashboard and existing features updated, all cost-free to the customer. Sealanes is confident that as they continue to add more iOS devices to their organization, they will have no problem managing them in the dashboard. Jim added, “We can now limit what the users can do, as well as the potential damage they can do too.”

The 3-person IT team is limited in mobility between the 4 sites, so they depend heavily on the web-based dashboard to do remote troubleshooting from anywhere in the world. Someone on the team is only able to travel to the Karratha office from Fremantle about once a year; however, the team can rest assured they can always keep a pulse on the network by checking the dashboard graphs and metrics, identifying issues, and putting in rules or policies, all possible at a moment’s notice. In the past, this level of visibility and control would have involved looking at several graphs and going through multiple logs to begin to see what was going on, let alone troubleshoot the issue. This often led to shutting a device off, without solving any problems.

Though Meraki devices are used most heavily in the warehouses, Sealanes office staff in the headquarters in Fremantle also rely on the Meraki network to connect their computers and mobile devices. The team never skips a beat when it comes to planning inventory, managing finances, and optimizing operations, and they need a reliable network to support these important areas of the business. Today, a Meraki AP is also used in the Sealanes Seafood Store in Fremantle, providing the backbone for the point of sale system, as well as free WiFi for all guests. The Sealanes team is also discovering how social media affects their business and plans to take advantage of the online space and virtual sharing by implementing Facebook Login. Jim concludes, “With Meraki, we can offer guest WiFi for free, so we might as well, to bring our customers an even better in-store experience.”