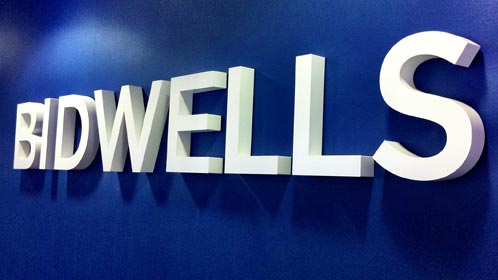 Bidwells are the UK’s leading regional property consultants. For nearly 200 years they have been active with residential home sales, leasing and selling commercial properties, building and architectural design, planning, advising landowners, and even renewable energy interests. With a strong client service ethic, Bidwells has always thought of itself as a traditional firm, says IT Manager Nick Haynes – but now it’s a traditional firm adopting an extremely high-tech environment.

Not only did Bidwells want to roll out wireless to 12 of its offices across England and Scotland, the firm distributed iPhones to key property agents. The goal of these developments is “streamlined productivity and future-proofing,” Haynes said.

Bidwells originally had an ad hoc collection of wireless access points (APs) around the Cambridge headquarters, but this network was inconsistent and offered minimal coverage. Meanwhile, the other offices had no wireless connectivity.

“We needed consistency throughout each of our offices,” Haynes said. Bidwells agents frequently travel to visit clients and then base themselves in the nearest office for the day. “It was important to have seamless roaming across all locations as well as centralized control of all the networks from Cambridge.”

Bidwells also required high performance and reliability, especially given the plan to support extensive use of laptops, iPads, and iPhones by 450 agents and staff. More specifically, Bidwells hoped to save money on cellular network costs by routing iPhone data traffic through the wireless network whenever possible.

Vendors like Hewlett Packard didn’t offer centralized management as an out of the box solution, Haynes said, and the initial costs were not feasible. Haynes heard about Meraki from Softcat, a Meraki partner, and he decided to do a one-month trial.

“The Meraki cloud-based management was great from the start,” Haynes said. “It was easy to configure, included built-in centralized management, and worked easily with our firewalls. Plus the APs look good and blend seamlessly into the environment. We decided pretty quickly we would go with Meraki.” He noted that the Meraki solution also saved Bidwells approximately 60% compared to a traditional solution.

Haynes worked with the rest of the Bidwells IT team to test the range of the APs, eventually deciding on 36 Meraki APs to cover the 12 offices. Using the Meraki dashboard, Haynes configured 802.1X authentication for laptop users and Active Directory authentication for iPhones to secure the corporate LAN.

“We deployed within two weeks,” Haynes said. “The Meraki APs were incredibly easy to install, and the Power over Ethernet gave us more flexibility than with traditional APs.”

Since deployment, Haynes said the wireless has “just worked, which is exactly what you need from a wireless solution.” The Meraki cloud-based dashboard even revealed an electrical wiring problem in a new Bidwells office – the power supply had been connected to the time-controlled lighting circuit, and Haynes noticed that the Meraki reporting went offline every night and turned back on in the morning.

Meraki has enabled a new ‘work anywhere’ culture. We’ve received a lot of positive feedback about this flexibility.Nick Haynes, IT Manager

The company has taken a huge step forward technologically, Haynes says. “It’s a big cultural change. Meraki has enabled a new ‘work anywhere’ culture, giving people the ability to drop in to any office, stop by someone’s desk, or visit the coffee lounge and keep working on a laptop. We’ve received a lot of positive feedback about this flexibility.” Approximately 200 clients access the Bidwells network each month.

In addition, the company-wide iPhone rollout replaces Excel spreadsheets and Rolodexes of business cards with an always-updated central database of contacts, dramatically increasing efficiency for agents in the field. “With 3G everyone gets the same seamless experience whether they’re inside or outside the office,” Haynes said. “But when they’re near a Meraki AP they’re on the wireless network, which gives us significant savings on mobile costs.”