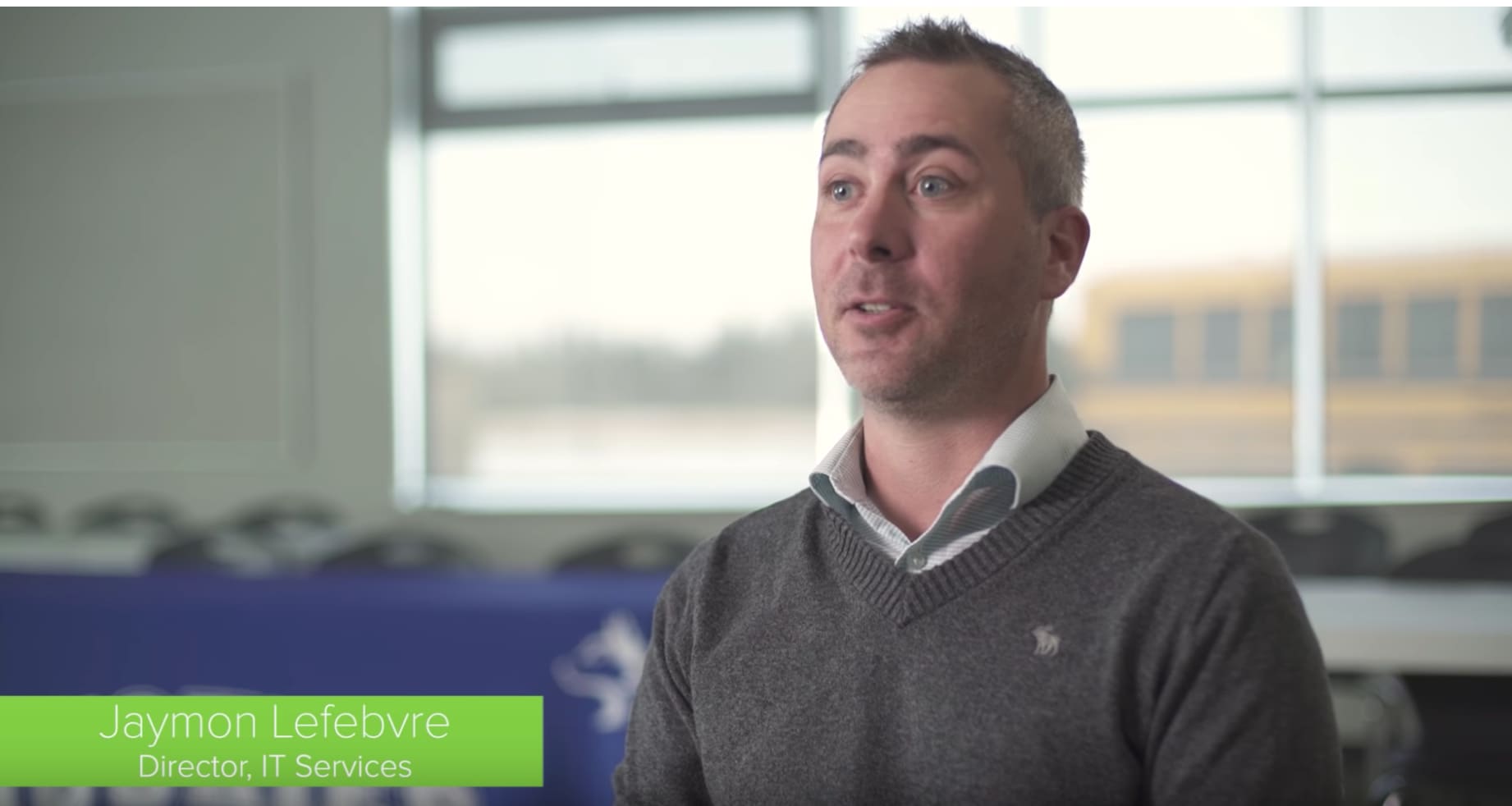 The School District of Wild Rose serves approximately 5,400 students and 650 staff across 20 locations in Alberta, Canada. After years with a legacy wireless system, the demand increased for students to be connected to the Internet, and the school district began to investigate different wireless technologies. Jaymon Lefebvre, Network Architect, and Danmarr Castro, Network Specialist, were two months into the deployment of a traditional controller-based wireless product when they learned about Meraki at an education conference. They stopped the deployment project to test Meraki and within two days, they saw how easy, intuitive, and simple Meraki was, from deployment to management. Wild Rose went on to install more than 350 Meraki access points (APs) throughout the school district.

As an organization with limited IT resources, Lefebvre describes ease of management as a top-of-mind concern. “Meraki has enabled us to really bring that connectivity to the schools with ease of management and simplicity,” he said. The cost savings of the Meraki solution was another compelling reason for Wild Rose to reconsider their original wireless deployment. “With the traditional controller-based wireless product, Wild Rose targeted 50% coverage of the district with only single-antenna technology,” Lefebvre explained. “With Meraki, using the same budget, we were able provide 100% coverage with dual antenna technology.”

When it came time to upgrade the access switches at Wild Rose, Lefebvre and Castro looked to Meraki to bring the same simplicity and ease of management to the Ethernet edge. The Meraki switches integrated seamlessly with the existing infrastructure, and Lefebvre described the multi-site deployment as, “Plug and go. Drop and leave. Deployment at a level of ease never seen before in wired Ethernet gear. There’s no need to talk about time saving, because we didn’t spend time on it at all.”

Centralized management was extremely important because of the school district’s distributed geography, which spans approximately 200 km from north to south. Although the switches and APs are distributed across various schools, Meraki‘s cloud based dashboard provides visibility and control over all the networking hardware in every location through one intuitive interface. “Having Meraki with a dashboard in the cloud, where all devices easily show up on your network, makes it so much easier – now we don’t need site-based management,” Lefebvre said. “We’ve never had to revisit the sites since deployment, and we are going to challenge ourselves to hopefully never go to the sites for hardware reconfigurations again.”

The aggregated insight and control provided by the single-pane-of glass dashboard means more efficient management of IT resources. For example, Meraki’s virtual stacking feature enables Wild Rose to manage all of the Meraki switches as one logical switch. With the Google-like search bar, it’s easy to find any one or a number of ports on any switch and then configure them through a graphical menu. This replaces a more tedious procedure in Wild Rose‘s previous command-line environment. Similarly, Meraki‘s packet capture is built right into the dashboard and requires only a single click to access, while packet captures took up to a day to complete with the previous command line-based system.

Meraki‘s seamless firmware upgrade delivery offers yet another example of dramatic time savings. Previously, the Wild Rose IT staff spent multiple nights testing firmware upgrade scenarios and then actually pushing the firmware to production sites. With Meraki, firmware upgrades and feature enhancements are zero-touch: Wild Rose schedules the upgrade on the dashboard, and at the scheduled time the upgrade is delivered automatically to the Meraki devices, without any extra work from the IT staff. “The upgrade is just done for you via the cloud,” Lefebvre said.

It used to take us three hours every day to perform network maintenance tasks. Now we use those hours to analyze and better understand our network, in order to bring superior Ethernet fabric to our schools. Jaymon Lefebvre, Network Architect

Meraki‘s intuitive management also eliminates the need for specialized training and enables networking tasks to be shared among the IT staff. Lefebvre explained that in a traditional IT staffing environment, a large burden falls on the network administrator because he is the only one with the specialized network and systems knowledge needed to keep the network up and running. Common staffing scenarios like vacations, training, and any event which required the network administrator to be off-site were crucial concerns. With Meraki, the network administrator is no less important, but he can shift his focus from maintaining to improving the network. “It used to take us three hours every day to perform network maintenance tasks,” Lefebvre said. “Now we use those hours to analyze and better understand our network, in order to bring superior Ethernet fabric to our schools.”

Meraki‘s innovative approach to networking continues to impress the Wild Rose networking team. For example, by incorporating Layer 7 application shaping and content filtering at the edge in the Meraki APs, Wild Rose can optimize its bandwidth usage — as traffic is filtered and shaped before ever reaching the WAN site connect. “There are so many pluses with the Meraki solution,” Lefebvre said. “It’s a game changing technology. I struggle to think of a type of organization or an industry which cannot benefit from what Meraki offers.”