Highlights
Needed a wired and wireless network to support 16,000 students across 31 schools
IT team easily manages 2,500+ Meraki devices across the district
With a strong network, IT team can focus on improving student experiences
Read more
Nash-Rocky Mount Public Schools
Meraki for K-12
Meraki K-12 Use Cases
Meraki MX for Education 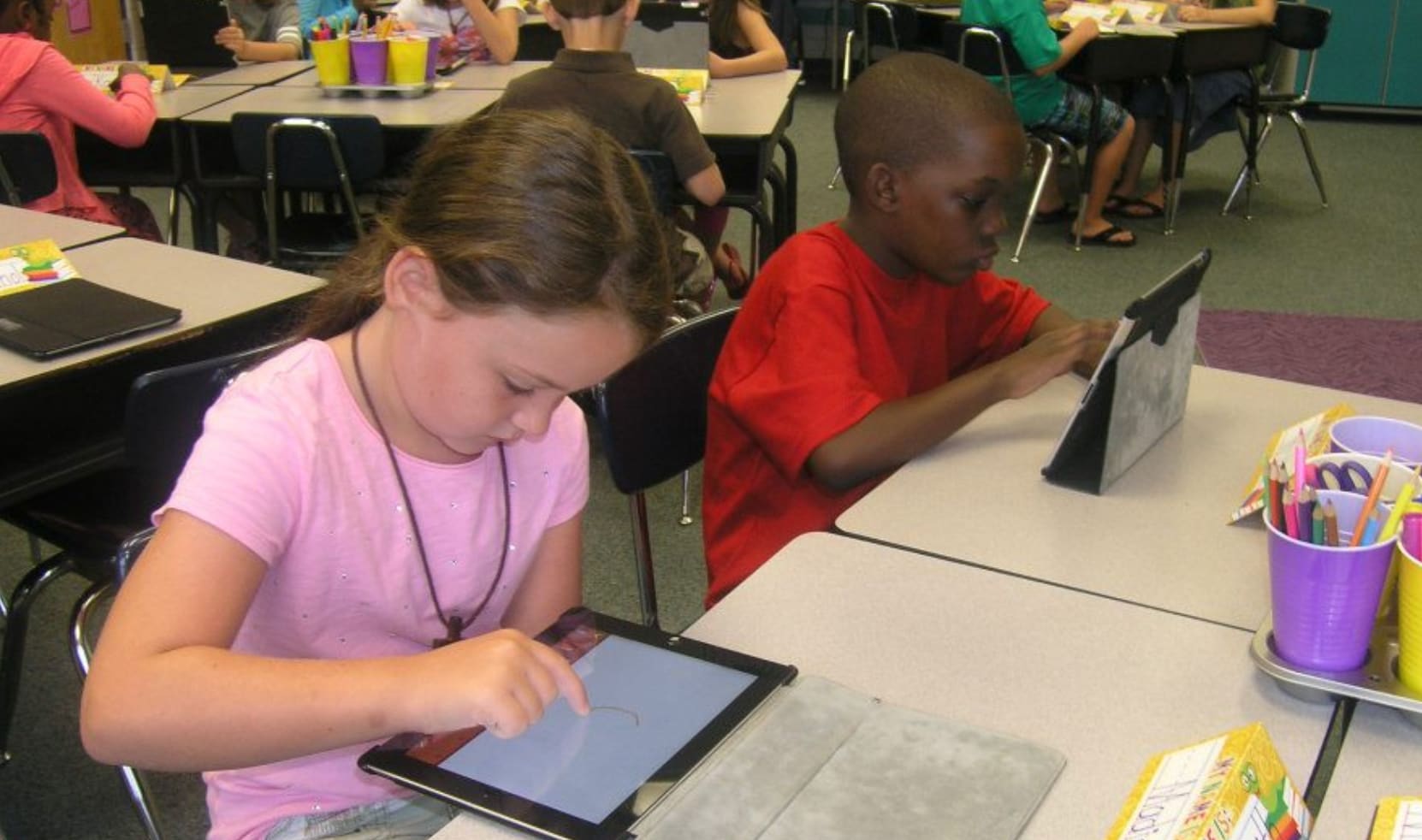 Nash-Rocky Mount Public Schools (NRMS) in northeastern North Carolina is no ordinary school district. With over 16,000 students and 31 schools, the district is continuously evolving and aspires to be a leader in technology deployments for K-12 schools. They are actively building out a technology team and implementing digital resources to improve student learning and outcomes. This started by instituting a 1:1 device program for students in grades 3 through 12 and giving teachers the confidence to use new technology to improve classroom experiences. But in order to make this a reality, the IT team needed a reliable wired and wireless network that could support the increased technology demands, all while being easier to manage and maintain.

Several years ago, the IT team was at a loss for what to do about their failing network. Their aging infrastructure could not keep up with the demands of their newly rolled out 1:1 program. This led to the network going down anywhere from three to seven times a day, causing stress and headaches for the time-strapped IT team. They also struggled to keep up with and manage their controller-based system, which required continuous on-site support. They quickly decided to look for a new networking solution, one that could support their 1:1 program while being easier for the IT team to manage. After conducting thorough research and seeing a live demo, the IT team learned that Cisco Meraki could not only handle the increase in network traffic, but is also managed through the cloud, eliminating their need for a controller. Because of this, they decided to deploy Meraki MR wireless access points and MS switches district-wide. To quickly resolve their pressing problem of continual network outages, the IT team started by deploying Meraki in the middle and high schools first, completing the first part of their deployment in less than three months. They then finished the deployment in their elementary schools, and upgraded their Meraki gear a few years later with the help of E-rate funding. Today, Tremain McQueen, Chief Technology Officer, James Williams, Senior Network Engineer, and the IT team manage more than 2,500 Meraki devices.

Supporting the 1:1 program was one of the reasons we went with Meraki, as well as the manageability and the features that it offers. We have a leg up on a lot of things we wanted to do previously, and we can now do them faster with the Meraki dashboard versus command line.
Tremain McQueen, Chief Technology Officer

With Meraki access points and switches deployed district-wide, simplified network management and troubleshooting has allowed the IT team to support the technology initiatives for the district. Through the cloud-managed Meraki dashboard, the IT team can easily monitor, troubleshoot, and configure the network from anywhere through just a web-browser, giving them tremendous visibility and control that they didn’t have before. Three IT team members, including McQueen and Williams, have the ability to make network changes, while their 15 school technicians have read access in order to view network traffic and use the data accordingly. Plus, with a GUI interface, command-line is eliminated, reducing the need for dedicated training and resources. By claiming and configuring the devices before they arrive, the deployment was much easier than expected; the IT team just plugged the devices in and they were ready to go. Because of this, the team was able to deploy 100 access points in a school in just one night. McQueen added, “The deployment was great, just plug and play. You can claim all of the devices at one time, name them, plug them in, and then report out on it, which is just phenomenal.”

Without a strong network backbone, you can’t build anything on top of that. By having a strong network, we’re able to provide seamless digital learning experiences.
Tremain McQueen, Chief Technology Officer

The district has one access point deployed per classroom, in addition to common areas, cafeterias, gymnasiums, and outside. The school has several SSIDs for increased security, including a public SSID for student-owned and staff-owned devices, a private SSID for all school-owned devices which have access to internal servers, and separate SSIDs for their HVAC and door locking systems to reduce the likelihood of a cyber attack on those devices. The public network is accessed through a splash page, limiting users to 5MB and blocking P2P sites. Each access point can accommodate 10 to 150 people, which has drastically improved network reliability for students, and gives teachers the flexibility to conduct class outside or in other locations with Internet access across school grounds.

The switches are also deployed across the district in the central office, school closets, and offsite offices. An access point and switch are also deployed in the concession stands at the football field to process online payments. Meraki switches provide increased visibility, especially when compared to their original solution. With port-level visibility, the IT team can easily see what is connected to individual ports and trace all the way back to the core. They use the template and clone features to quickly deploy replacement switches without having to re-configure them each time, while cable tests help to identify network problems—all remotely through the Meraki dashboard.

Overall, network visibility has dramatically improved for the IT team. Due to inadequate funding, the team was unable to purchase additional management or analytics software prior to Meraki. This led to them having no visibility into the network, which made planning and troubleshooting difficult. Now, with the features and tools included with the Meraki dashboard, McQueen and Williams can see all of their network traffic, or drill down into individual schools or machines to see their traffic data. This has led to increased accountability for the IT team, which they accept with open arms to ensure the reliability and resiliency of the schools’ network.

The teachers are now confident that they can assign tasks on computers without worrying about the Internet going out or that a switch or AP is down. Knowing that they have confidence in us and the Meraki products exceeds expectations.
James Williams, Senior Network Engineer

Without the networking infrastructure they have today, McQueen and Williams recognize that they could not support the students in nearly the same capacity. With a strong network backbone, the team can work on providing seamless digital learning experiences for students and teachers, rather than worrying about network outages and continuous troubleshooting. Teachers are now confident that they can connect and have the freedom to bring new technologies and assignments into the classroom, without worrying about access limitations.

NRMS has paved the way for schools across the nation by pioneering a cloud-managed networking solution to support new digital learning technology. And it worked, allowing the school to thrive in a continuously evolving education environment and helping their peers model after their success.